With the ever-growing Russian, Iranian, and Hizbullah military presence in Syria, with their forces virtually astride Israel’s border with that country, we are reminded of a recent Wall Street Journal article by veteran US peace negotiator, Aaron David Miller.

In the piece, titled “What If Israel Had Given Up the Golan Heights?” Mr. Miller discusses the past interest of U.S. presidents in securing a peace treaty between Israel and Syria and wonders what such an agreement would have meant for Israel since it would inevitably have entailed Israeli evacuation of the Golan.


He speculates that “[g]iven the Golan’s strategic importance, Israel would have had to reoccupy it and would have found itself in the middle of Syria’s civil war.” He also notes that “[w]ithdrawal from Gaza produced Hamas. Leaving the Golan could have produced worse. It’s a cautionary tale for well-intentioned U.S. and Israeli peacemakers alike. It bodes ill for further peacemaking efforts with the Palestinians, Lebanese, and of course, Syrians.”

To be sure, Mr. Miller is primarily concerned with the survivability of those countries with whom Israel might strike a deal and thus the enforceability of any such deal.

We, however, are concerned with what the Golan experience teaches about surrendering land at the cost of objectively defensible borders. Thus, the true lesson here is what it has to say about the wisdom of Israel’s turning over vast tracts of land in Judea and Samaria to the Palestinians, who show no signs of even going through the motions of recognizing Israel as a legitimate state, let alone a Jewish one. 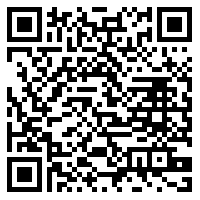