The President of the State of Israel is speaking before a ceremony commemorating Holocaust Remembrance Day in Israel.

A rough translation of part of his speech. Missing much but here’s a brief overview.


He said that we all have tattoos, the Jewish people. We all have numbers on our arms. I’d never thought to put it in those words, but it’s true.

On January 27, 1945, the gates of hell opened, he tells the audience. The allies had reached Auschwitz. There, they found the youngest immigrant. He was 8 months there. His fater, mother, younger sister and twin sister were murdered. He was 4 years and eight months old. His tattooed number was A2459.

He was adopted. He grew. He came to Israel. He moved to Israel. He married and brought children into this world. He died last month. In his name and in the name of all of you – we have returned home and from this place, we will never be lost. May their memory be blessed.

The Prime Minister of the State of Israel (rough translation)…

Last week, it was publicized that the allies knew about the systematic murder of Jews in 1942. Two years more that we had known. Because of this new knowledge, there is a terrible meaning. If they’d done something in 1942 against those concentration camps, they could have saved four MILLION Jews and millions of others.

They knew and they didn’t act.  In the hours that they sent our people to the fires, when Mengele was torturing and experimenting. The allies knew and did not act.

Three elements of how this was possible – hatred against the Jews, preference for other actions, and our weakness.

Has the world’s priorities changed? This too we have to answer in the negative. Even today, the world continues in silence – Cambodia, Rhodesia, Congo…and even in Syria.

We started a field hospital for Syrians – we’ve treated thousands of Syrians. We’re not silent. The weak wait.

We must be able to defend ourselves, at every minute, against every enemy. And we have the power to do this. This is the greatest job, of every prime minister of Israel. I say this for all of us, the generations the built this country and the ones who continue to build it. We have switched the weakness to strength. A people without defense, to a people who defend.

We excel in intelligence, in strength, in development against anti-Semitism. I say to you, people of Israel, this is a huge overturn. Small nation, a tiny people who lost millions. From where does our strength come – it comes from the spiritual faith of our people. Last week, we met with the ones who lit the candles tonight – each story….

We heard the story of Max Friedman – saved by your father, who carried you on his back. You were the sole survivor. I saw your mother’s body, called to your baby sister. A broken little Jewish boy. And at age 14, you entered the Red Army. Max is here with us. Proud, strong, with children, grandchildren and great-grandchildren who brought

We heard the story of Moshe Porat – 108080 – you told us that here in Israel, at age 14, you were so proud that you entered the army of Israel, and you looked on the army draft and saw the ID number 108080. Same man. Same number. But the destiny of one so different than the destiny of the other.

More than 10 years ago, I went to Poland. Moshe Porat…Saba Moshe (Grandfather Moshe) went with us. He is such a special man. I’m so glad they gave him this honor. He has worked so hard to make sure we never forget.

Two of the six who will come before our people tonight and mark this day. Every year, they appear more frail; every year, we know we are blessed to have among us those who witnessed. Already, there are those who deny – cursed may they be.

Maidanek. Chelmno. Auschwitz. Bergen-Belsen. Dachau. Treblinka…and so many others. We each carry the tattoo…if not on our arms, then in our hearts.

May the memories of six million be blessed. 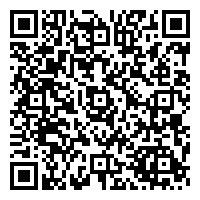