Eight years ago, I started a blog and answered the first question, “What is the name of your new blog?” with the first thing that came to mind…”A Soldier’s Mother,” I’m not sure, as I typed those words, that I realized how true they would become.

For my first post, I decided to explain about Israel, that there is a mandatory draft. I wrote about Starting Young. After weeks of writing about the preparation, suddenly the day arrived and with tears, I wrote about Induction Day.


For three years, my son and the army were rarely out of my mind. A week after he came out, my middle son went in. I handled my second Induction Day more calmly, more aware.

Now, in eight weeks, I face another induction day, my youngest son. And the calm that I felt with my second, has fled me for the third. The tears have already started. Worse, I drove my son to teary eyes when stupidly I mumbled words a mother should never say to a son, “I’ll never forgive you if something happens to you.”

How stupid to say such words, as if he can control it. He told me he would be fine and I have to believe he will. I know better than to let such words slip from my heart. He is to young to understand that a mother’s heart can never survive such a blow.
The heart will continue to beat; the brain continue to think. The lips will continue to speak, even to smile but what was shattered can never be returned; always a piece is missing. I know that from friends who have lost sons in the battle we have been fighting since 1948.

She smiled and said, “yes.”

The truth is, for eight years and counting, I have been something of a fraud. I don’t really understand the army. I can’t really face this all again. I hate guns. I can barely bring myself to touch them. I’ve never fired one and don’t think I ever will. I cringe when I hear stories of what they did, where they went. And now I have to send another.

If you have never had a son or daughter in the army, you can’t imagine what it is like. We have a bond, we parents, that transcends borders. One night while my oldest son was fighting in his first war, a woman in Montana wrote to tell me that it was 4:00 in the morning there, and she woke, worrying about me and my son. The mother of an American soldier who fell in Iraq writes to me and I write back. We are friends in a world where we will likely never meet. She prayed for my son; I mourned for hers.

For the last few years, I’ve been a soldier’s mother in some distant way. Except for when the army sent my oldest son to war again during Operation Pillar of Defense. Now, once again, there is this huge mountain coming at me, blocking out all light from the other side.

I have to climb that mountain again, even though I’ve already climbed it twice. I don’t want to climb it again. I don’t want my son to come home in a uniform, carrying a gun. Deep in my heart, I can be a child, shrugging my shoulders and shouting, “Don’t want! Don’t want!”

And as I often did in those days before and after that one, I wrote, What I want and What I’ll Do.

What I want…is to go collect my little boy and bring him home. I want to lock him in a room and tell Israel that no, you can’t have him. I’ve changed my mind. No, I’m sorry. He’s not allowed to play with guns and big things that go boom. No, I’m his mother. I gave birth to him and no, you simply can’t take him.

What I want…is to call him and make sure he is where I put him, where he told me he was yesterday. Not in the north, where Hizbollah is promising to burn the ground and open a second front and not in the south, where dozens of rockets and mortars have been fired at Israel, where a man was killed and dozens were wounded.

That’s what I want…

And what I’ll do, is sit here at my desk and keep editing this document for my client. I’ll update the copyright statements and change the installation information to reflect the new platforms the product now supports. I’ll answer the phone and I’ll talk to my accountant.

And what I’ll do, is tell my heart to settle. I’ll tell my eyes to take a moment and look at the next beautiful wave of clouds rolling in over Jerusalem. I’ll sign the papers I need to sign; type the words I need to type. I’ll tell my younger daughter to clean her room and my younger son that he has to study for his test NOW. I’ll tell my middle son he can borrow the car like we agreed, but he has to drive carefully. I won’t talk to my oldest daughter because she’s old enough to see the cracks in my smile and know that outside, it’s all a front.

In eight weeks, I’ll begin the journey again. I’ll get on the roller coaster that is life as a soldier’s mother…that endless, daily ride with sudden and unforeseen pitfalls where the bottom drops out below you and your heart screams in fear. There will be days of such pride as my youngest daily turns into the man he is to be.

Eight weeks and then years of living each day, one day at a time. I will go back to what I wrote once before…

Maybe deep down, what I want is to hide inside myself, but what I will do is what every Israeli is doing today – having faith that we are bringing a better reality to our country by taking its safety into our hands. Our soldiers have our faith, they have our prayer, and they have our love.

May God protect the soldiers of Israel and watch over them as they do what they must. They cannot be defeated because where they go, they will not be alone. They have with them the Defender of Israel. 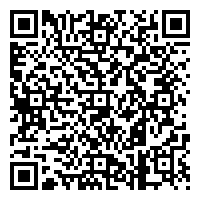