This is fantastic news. I have supported these Marines ever since the story broke in January 2012  (above) . The Islamic supremacists and their enemedia toadies were practically calling for a beheading of these US soldiers for insulting Taliban savages.

The Marine Corp withdrew the charges because senior commanders had interfered in the case to get a guilty verdict. This is the enemy within at the senior level.


Yes, it was bad form. Reprimand, yes. Revoke a weekend leave but a court martial?  Are Obama’s political brass working for the Taliban?

The Marine Corps has suddenly dropped criminal charges against an officer in the infamous Taliban urination video case, heading off what promised to be an embarrassing pre-trial hearing for the commandant on Wednesday.

Defense attorneys for Capt. James V. Clement had won a judge’s order, over objections from Marine prosecutors, for two staff attorneys to testify in open court about how senior commanders had interfered in the case to get a guilty verdict.

The lawyers also were seeking to question Gen. James Amos, the commandant, and wanted access to his private emails.But the criminal case ended Friday when Lt. Gen. Kenneth J. Glueck, who heads Marine Corps Combat Development Command in Quantico, Va., and was overseeing the prosecution, filed a brief court paper withdrawing the charges.

“The withdrawal of the charges was another act of cowardice by the the commandant, his counsel and the the Judge Advocate Division of [Marine Corps headquarters] to cover up the worst case of unlawful command influence in the history of the Marine Corps, which was beginning next Wednesday to be uncovered in a hearing before the Chief Judge … on several motions to compel discovery,” Mr. Dowd said Saturday.

The defense attorney said he wanted to see email traffic between the commandant, his counsel and his legal division.

“That email traffic would have revealed that [the commandant] and his lawyers had engaged in a secret, corrupt effort to rig and control the investigations and dispositions of the so-called desecration cases until Capt. Clement refused to submit to a corrupt process [of being] charged with crimes he did not commit,” he said. 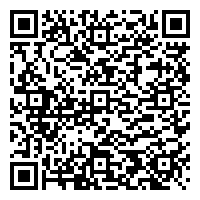