The resumption of “peace talks’ between the Palestinian Authority and Israel in July came one month after 660 rock and firebomb attacks in June ini Judea and Samaria, according to figures compiled by the “Hatzalah’ Judea and Samaria Emergency teams.

In the first six months of 2013, Hatzalah recorded 5,635 attempts to injure and murder Jews, including 611 Molotov cocktail attacks, eight shootings, three stabbings and 5,144 rock-throwing attacks that are intended to force drivers into fatal accidents, such as the one that killed American Israel Asher Palmer and his two-year-old son two years ago.


The statistics do not include terrorists’ blockage of roads and arson. At least 180 people were wounded from January through June, including 10 in June, and many of them still suffer from trauma and refuse to travel anywhere except in buses that have extra-thick plastic windows to protect it from rock attacks.

The terrorists attacks are seldom reported in most international and Israeli media because they are less dramatic and less “successful” than large-scale attacks carried out by an armed group.

Reporting rock-throwing as a terrorist attack also would go against the inherent urge of foreign media to promote the “peace agenda” and to focus on Palestinian Authority chairman Mahmoud Abbas’s statements that he rejects terror.

However, Abbas talks in code.

After he was chosen as Prime Minister in 2003, before the death of chairman Yasser Arafat whom he later succeeded, Abbas stated, “We reject terrorism from any party and in all forms.”

Earlier this year, a decade later, President Barack Obama told Israel “you do have a true partner in President Abbas… [with] a track record to prove it.” And Abbas told a Russian interviewer, “As far as I am concerned, there is no difference between our policies and those of Hamas. So why are they labeled as terrorists? In my opinion, [the EU] can remove Hamas [from the list], why not?”

Abbas told the German Die Zeit newspaper in 2012, “We will never return to the armed struggle! Never! There will be only non-violent resistance to the occupation.”

The Hatzalah record of attempted murder of Jews in Judea and Samaria as well as in Jerusalem shows that either Abbas has failed to stop terror or defines rock-throwing and firebomb attacks, along with stabbings and shootings, as “non-violent resistance.”

One person has been killed this year as a result of a terrorist stabbing attack in Samaria, and 171 suffered injuries, almost half of them civilians.

In June alone, when the Obama administration was working feverishly to create an atmosphere for the resumption of direct talks between Israel and Palestinian Authority negotiators, 10 people were wounded, including a policeman and IDF officer who was hit in the jaw by a rock, the second time in a month he had been struck. One of those wounded was an eight-year-old who was struck by a rock.

The Obama administration has frequently credited Abbas for stopping terror but is wrong on two counts. One, terror is alive and well, even if its victims are not.

Two, as The Jewish Press has previously reported here and here, the IDF has been the main reason there are not more terrorists running free.

The IDF and Israel Security Agency (Shin Bet) in the past two months have busted several Hamas terrorist gangs while foiling countless other there terrorist attacks.

In May, security forces arrested a gang of “The Hazit HaAmamit-National Front” from Hevron and Shechem that was under the direction of Hezbollah.

They also broke up a terror infrastructure of the military arm of Hamas in the Hevron region, which was operating establish a regional command center to kidnap soldiers.

The IDF also arrested a terrorist who was freed in the exchange two years ago of 1,000 terrorists for the return of kidnapped soldier Gilad Shalit. 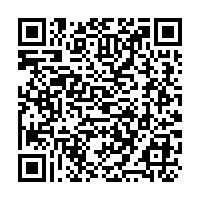