The Palestinians also want the release of 123 political prisoners who have been in jail since before the Oslo accords were signed almost 20 years ago, and for Israel to present a map showing proposed borders. [Emphasis added]

After CiF Watch complained to the Guardian readers’ editor – demonstrating conclusively that the pre-Oslo prisoners were all convicted of violent/terrorist-related crimes and can not honestly be characterized as “political prisoners” – the language in Sherwood’s report was revised to note that it is only the Palestinians who view them as “political prisoners.”

However, use of such euphemisms and biased terminology is only part of a larger problem involving the mainstream media outlets’ whitewashing of the terrorist acts and violent crimes committed by ‘Palestinian prisoners’, who often fail to mention the crimes at all or significantly downplay the degree of violence.

The following report on the media’s highly misleading (often ideologically motivated) coverage of the ‘Palestinian prisoner’ issue includes data released by Israel’s Ministry of Justice on the pre-Oslo prisoners – detailed information which has been translated from the original Hebrew and is being published for the first time exclusively at CAMERA. 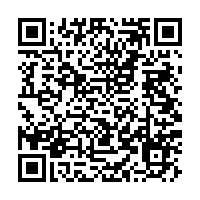