According to the report, the Gazans were allowed to cross through the Erez Crossing to visit the prison. But while incarcerated Hamas terrorists are able to receive family visits and reassure their relatives, Israelis are still waiting anxiously for news of their loved ones being held hostage in Gaza, dead and alive.


If the report from the Arab media is true, the visitors were allowed access to their loved ones while Prime Minister Benjamin Netanyahu was out of the country on a state visit to China. The visit took place despite the fact the Hamas terrorist rulers of Gaza are still holding three living Israelis hostage — both of them with mental health issues — as well as the bodies of two Israeli soldiers, Hadar Goldin and Oron Shaul.

The Israeli government has for months been conducting discussions with Hamas to return the bodies of the two soldiers and the three live citizens, one of whom is Avera Mengistu.

However, the terrorist organization has high expectations of winning the freedom of hundreds of terrorists in a “prisoner exchange” deal, as they did with the swap for former IDF soldier Gilad Shalit, for whom the government released more than a thousand bloodthirsty terrorists. 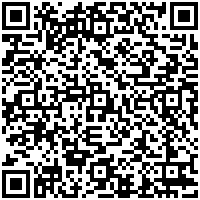