Following on from the Nicolas Anelka story (and other examples of the football Jihad that I linked to there) comes more examples of the football Jihad against Israel. Elder of Ziyon reports on a typical Palestinian stunt, while IsraelliCool reports yet another example of a European football team succumbing to Muslim antisemitic threats. Despite promises to the contrary, Dutch club Vitesse Arnhem has refused to take its Israeli player Dan Mori on its training break to Dubai in order to comply with the United Arab Emirates ban against Israeli passport holders entering the country. There have been many previous instances where this has happened (see, e.g. here and here) but European clubs not only continue to pander to this Muslim antisemitism, but they seem to be increasing the number of ‘training trips’ they make to these antisemitic countries.

FIFA – one of the most corrupt and incompetent organizations in the world – is also one of the most hypocritical. It has an obsession about kicking out racism in football, but curiously ignores antisemitism. While FIFA and its corrupt President Sepp Blatter are quick to express outrage about even the slightest suggestion of anti-black or anti-Muslim racism, to the best of my knowledge it has never uttered a word about the far more widespread racist behaviour of Muslim countries in banning Israeli footballers. Nor has it done anything about the widespread racism directed at Israeli players whenever they appear in those small number of Muslim countries that actually allow them in (such as Malaysia and Turkey) nor even when it happens in the UK (such as here and here).  The ultimate irony, of course, is that FIFA awarded the 2022 World Cup to Qatar, one of the countries which resolutely sticks to banning Israeli players and which is most active in promoting antisemitism in numerous ways throughout the world.


Update: Now IsraellyCool reports on an example of the football Jihad in Chile of all places. 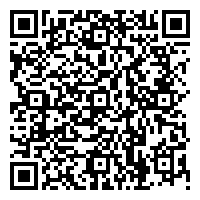