Last night Israeli Prime Minister Benjamin Netanyahu announced that he had decided to call early elections – that is, earlier than the scheduled date of October 2013. Though this was no shock as Israeli governments rarely finish their terms and there had been many reports in recent days that Netanyahu was considering early elections).

So for everyone who is trying to figure out what exactly is going on:


Date of Elections: January or February?

Netanyahu did not announce a specific date for the elections.  The Knesset returns from its summer break on October 15th. By law there must be at least 90 days between the decision to disperse the Knesset and the date of elections.

At the end of his statement Netanyahu said it is preferable to have a “three month” campaign cycle than what would in practice be a year of campaigning until October 2013. Assuming that he would seek dissolution of the Knesset at the opening of the session — October 15th — that would put the elections at around or a little after January 15th.

However, Netanyahu also said at the beginning of his address that, “In a few months, we will finish the fourth year in office of the most stable government in recent decades.” Towards the end, he also said, “And therefore, after four years, we will go to elections.” Four years means elections after February 10th of next year, as that was the date the last elections were held in 2009. That meshes with earlier reports that Netanyahu desired a February 12th election in order to close a four year cycle.

According to Yisrael HaYom, negotiations between coalition partners began yesterday regarding the date of elections and sometime between January 15 and February 5th was discussed. According to the paper, which is considered friendly to Netanyahu, “the Prime Minister prefers the earliest possible date.”

Oct. 11th UPDATE: Elections have been set for Jan. 22nd. Though the bill dispersing the Knesset and setting the date still has pass through the Knesset on Monday, October 15th.

Why Early Elections: The Budget

The primary reason for the elections is the inability of the coalition to agree on a budget, or at least a responsible budget. Here’s what Netanyahu said:

Today, I finished a round of consultations with the heads of the coalition parties and I came to the conclusion that it is not possible at this time to pass a responsible budget. We are on the threshold of an election year, and to my regret, in an election year it is difficult for parties to place the national interest ahead of the party interest. The result of this is liable to be a budgetary breach and a massive increase in the deficit, which would very quickly put us in the situation of the crumbling economies of Europe. I will not allow this to happen here.

(The full text of Netanyahu’s statement can be found at PMO.gov.il.)

Why Early Elections: Maintaining the Lead

It is also surmised that early elections will ensure that the Likud maintains its current lead against all other parties. Two recent polls have given the Likud 28 mandates (Knesset seats) while it’s closest project rival, Labor, would receive 19 or 20 seats. Kadima which currently had 28 Knesset seats to the Likud’s 27, wouldn’t even break double digits.

Early elections mean surprises such as Ehud Olmert or other high profile figures joining parties like Kadima or Yesh Atid (Yair Lapid’s new party) and changing the political dynamic are less likely. It also gives other parties less time to put their campaigns together.

Is It Proper…? Should a parent encourage a child who wants to join the U.S. Army? 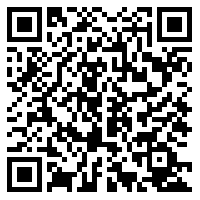