Home Blogs Elder of Ziyon Easier to be a Muslim in Israel than in “Enlightened” Europe
Share on Facebook
Tweet on Twitter
Photo Credit: Flash 90
Europe is characterized as being liberal and enlightened, and Israel is portrayed in the media as intolerant and Islamophobic.
But European countries and towns have many laws that are specifically against the practice of Islam, and Israel doesn’t.
In so-tolerant Denmark, children who live in certain neighborhoods called “ghettoes” – which happen to be Muslim majority neighborhoods – are literally taken from their parents for 25 hours a week, starting at age 1:

Starting at the age of 1, “ghetto children” must be separated from their families for at least 25 hours a week, not including nap time, for mandatory instruction in “Danish values,” including the traditions of Christmas and Easter, and Danish language. Noncompliance could result in a stoppage of welfare payments. Other Danish citizens are free to choose whether to enroll children in preschool up to the age of six.

The French Senate voted to ban hijabs for children in public.
Six European nations have banned the face-covering burqa altogether.
In Moldova, several local councils banned public Muslim worship.
The European Union court has ruled that workplaces can limit Muslims wearing religious headwear.
A number of European communities ban halal (and kosher) slaughter.
Switzerland banned minarets on mosques in 2009.
Several French municipalities ban the “burkini” body-covering swimwear that Muslim women use.
None of these restrictions on Muslims exist in Israel.
By any measure, Israel is more tolerant of its Muslim minority than most European nations are.
Yet Israel is the only country tarred with the “apartheid” label, while criticism of European Islamophobia is muted.. 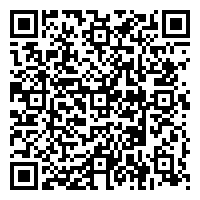