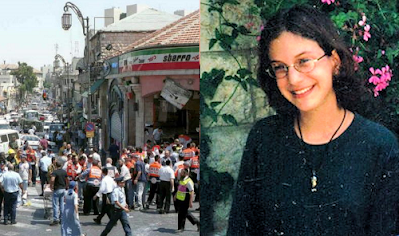 Malki Roth, a 15 year old girl with American citizenship was one of 15 civilians killed, including six other children and a pregnant American woman, at the Sbarro Restaurant massacre of August 9, 2001.

One of the terrorists who engineered the attack is Ahlam Tamimi, who was released from Israeli prison in 2011 in a prisoner swap and now lives as a celebrity in Jordan.
Even though Jordan has an extradition treaty with the United States it has refused to honor that treaty to have Tamimi tried in the US and brought to justice.
Arnold Roth, along with his wife Frimet, have been very frustrated these last few days. Last week, Jordan’s King abdullah visited the US for the third time since Joe Biden became president. Yet not only was the topic of Ahlam Tamimi not brought up by any US government official, but not one mainstream media outlet even mentioned this ongoing travesty – no questions in any White House or State Department briefings about what the US is doing.
I was reminded of this seeming conspiracy of silence as I read this book review of  Jeffrey Herf’s  Israel’s Moment: International Support for and Opposition to Establishing the Jewish State, 1945–1949 by Sol Stern in Quilette.
Herf notes that the notorious Nazi collaborator and Grand Mufti of Jerusalem, Hajj Amin al-Husseini, was under house arrest in Paris after World War II. Yugoslavia requested extradition of the Mufti to try him for war crimes he committed in the Balkans for the Nazis.

French Foreign Ministry documents unearthed by Herf explain why this was never going to happen. A diplomatic memo put the matter quite directly: If the French government complied with the extradition request from Yugoslavia, or indeed from any other allied government, “we would unleash a new wave of hostility against us in all the Arab countries, and would also deprive ourselves of the interesting and fruitful contacts that the Mufti maintains with important figures from the Arab world.”
In June 1946, French security forces guarding the house where Husseini was detained conveniently left the door open and he “escaped” to Egypt. The Mufti was granted asylum by King Farouk and received a rapturous reception upon his return. In Cairo, he was greeted as a conquering hero by the founder of the islamofascist Muslim Brotherhood, Hassan al-Banna. The Mufti, al-Banna declared, was a great leader who “challenged an empire and fought Zionism with the help of Hitler and Germany. Germany and Hitler are gone, but Amin al-Husseini will continue the struggle.”

Doing the right thing takes a back seat to pretending that monsters can be useful, directly or indirectly.
Like the Mufti, Ahlam Tamimi is popular in the Arab world. The US wants to maintain friendly relations with Jordan. Instead of acting like a superpower, giving a message to the world that the US will pursue justice, the Biden administration is continuing the policy of sending hundreds of millions of dollars annually to Jordan to prop up its “moderate” king.
Like post WWII France, the US has decided that a murderous war criminal is an ally in achieving its foreign policy aims.
There is one significant difference between the Mufti and Ahlam Tamimi, though.

American progressives and leftists who later pushed for Israel’s independence first came together to launch a public campaign to bring the Mufti to justice for his collaboration with the Nazis and for possible war crimes. But Husseini was shielded from prosecution by high-level government officials in the US and France who were determined to protect Western influence in the Arab world. In Washington, the sudden concern for the Mufti’s safety came from the same anti-Zionist faction within the Truman administration that later tried to block the creation of a Jewish state in Palestine. 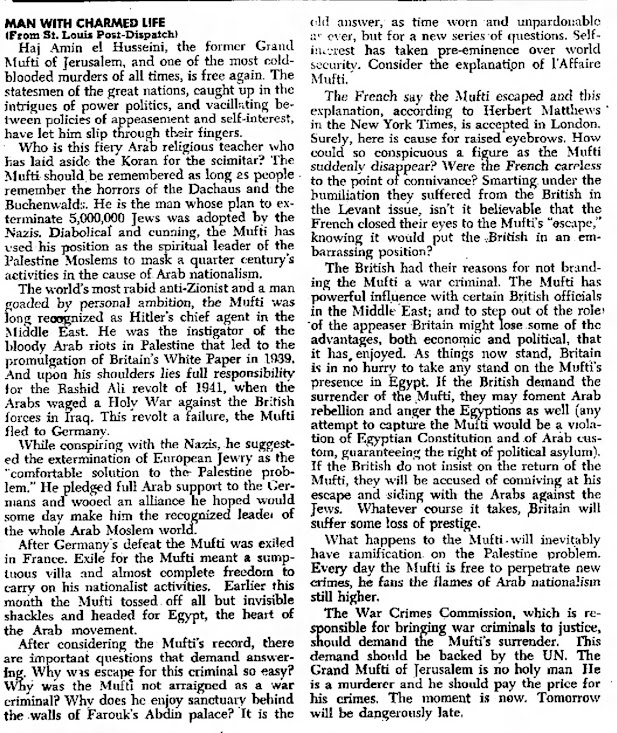 But the media today has erected a wall of silence to protect the murderer of Jews and Americans.
Even though the Roths and others have tirelessly contacted media outlets and fought for coverage of the Tamimi case, the people who pretend to care so much about “justice” in other contexts have decided to bury this story.
And the people who are shielding the criminals then and now happen to also be the people who are the most critical of Israel in the name of the same “justice” they trample.
Advertisement 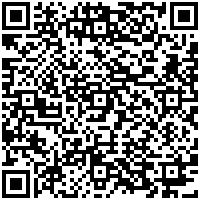