A few days ago I spoke with a Satmar chasid who studies academic Biblical Scholarship. We talked for a while and I got a sense of his typical chasidic upbringing, his current life situation, and his scholarship activity.

Like almost everyone raised in a deeply insular chasidic environment, he speaks English as a second language. HIs accent is not as thick as some of the other chasidic people I know, but it’s clear that Yiddish is his first language. However, once I got past the accent, it was also very clear that this was an extremely bright and erudite young man.


I talk to people all the time. Some are smarter than others. Some people have quicker minds than others. This fellow was smart, no question about it.

He wrote a superb article describing his journey into Bible Scholarship and the various ways it has adjusted his thinking and Jewish experience. It was beautifully written and made its points eloquently and somewhat poetically. I was asked to vouch for his chasidic bona fides, which I did, based on a mutual friend and my assessment following our conversation. (Verifying that the fellow exists and lives in the Chasidic community is not an endorsement or approval of the content of his article.)

The article generated a bit of a firestorm. Not because of its provocative content though. The largest issue seemed to be that people could not believe that a chasid could write such an amazing article. Turns out, the article was too good. It was suggested (accused?) that the chasid had written some notes and the editors of TheTorah.com must have rewritten it in proper English. To alleviate the skepticism, I asked to see the original draft he submitted to TheTorah.com and I again confirmed that it was at least 98% of his own writing. Only a few minor edits were made and they were use and stylistic edits, not wholesale rewrites.

But the skepticism remained. People were literally saying that a chasid cannot write so well. It’s impossible they claimed. I was challenged on my Facebook page and TheTorah.com also received extremely skeptical, bordering on accusatory, comments and feedback.

This is pure bigotry. And it disgusts me.

It is absolutely true that a chasid is going to be severely handicapped by his lack of proper secular education. The average chasid starts much further down on the ladder of English erudition. I don’t dispute that fact. But with some effort, anyone can learn how to write well. And if one has a gift with words, is able to put ideas into black and white in any language, those skills will translate into beautiful English prose and poetry.

After the Leiby Kletzky tragedy, I paraphrased Lee Anne Touhy from “The Blind Side”. In talking about the inner city ghetto, Touhy said that the cure for cancer might be in those ghettos. We need to give all youth the opportunity to discover it. The same thing applies to the chasidic ghetto. There are plenty of super talented people behind those walls. Some might have the talent to cure cancer, unfortunately few have the opportunity. Some have the talent to write incredible articles or books in English, unfortunately few have the opportunity.

To think that a certain group or subgroup is inherently inferior and incapable of achieving greatness is bigotry. Pure and simple. It’s no different than saying that a black person cannot be president or that a woman cannot be a Supreme Court Justice or that an Asian cannot play basketball or that an Orthodox Jew cannot be a rockstar. There are talented and incredible people everywhere. Some are given an easier path to discovering and sharing that talent, but talent is everywhere. 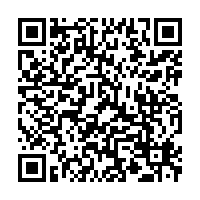