Metal detectors are used in many places in the world, including airports of course, but also Muslim places of worship. So why the big deal at Al-Aqsa Mosque in Jerusalem?

Blogger Adele Raemer wrote, “These Palestinians who are objecting to it, are objecting for a reason. Not one that I can really understand”. Since, as an Arab, I grew up in Arab culture and have lived in proximity to it all my life, let me explain.

Prime Minister Benjamin Netanyahu has repeatedly said that there is no change to the status quo, and he is right. After Israel took East Jerusalem back from the Arabs in the 1967 war, “Dayan met with officials of the Muslim Wakf, who governed the holy site, and formally returned the Mount to their control. While Israeli soldiers would determine security and stand at the gates, the Wakf would determine who prayed at the site” (The Atlantic).

It was clear from the start that security was Israel’s responsibility, and it is obvious that metal detectors are a security measure. Therefore, using metal detectors does not change the status quo.

The problem, however, is that this is not how most Arabs see the status quo. Arabs see any change that gives Israel more control over them, no matter how reasonable, as a change to the status quo.

I wrote that because Arabs had ethnically cleansed East Jerusalem of Jews in 1948, Muslims should be thankful that Israel did not ethnically cleanse East Jerusalem of Arabs in 1967. Most Arabs, however, are not thankful at all. They see Jews as inferior and not deserving of self-determination (that is the reason why the Israel-Arab conflict exists), and they would never feel grateful towards someone that they see as inferior. Most Arabs are outraged that the Jewish state exists at all, regardless of what it does.

When someone that they denigrate backs down, most Arabs simply say, “They did not dare”. They do not see it as people taking the high road or doing something moral. Therefore, when Israel made the concession of allowing the Muslim Wakf to manage Al-Aqsa, most Arabs simply saw it as Jews not daring to fully take control of the holy site.

To most Arabs, Dayan’s generous concession was not reason to respect Jews but to despise them further as weak and cowardly.

The real but unspoken Arab objection to the metal detectors is that they are imposed by Israel, the Jewish state. The fact that some of the Israeli security personnel are not Jewish does not change that equation because they see those non-Jews as traitors who are subservient to Jews.

In Turkey, opponents of the metal detectors did not even pretend that the issue was anything other than antisemitism. They attacked a synagogue in Istanbul, therefore targeting Turkish Jews who have absolutely no say over metal detectors in Jerusalem.

Blogger Adele Raemer wrote further, “I live on the border with the Gaza Strip. My community was a war zone three summers ago, and my house a landing pad for shrapnel for one of those mortars which also killed two of my friends here, and ripped off the legs of a third. I do not want another war.” She implored Israeli authorities to “do something to calm the flames”.

I do not live anywhere near Gaza. In fact I live in Canada. I have nothing but sympathy and respect for Adele Raemer and other Israelis who feel that for their own safety they must compromise on the issue of metal detectors.

I have to point out, however, that if a show of moderation by Israel brought peace, there would have been peace long ago. If Israeli moderation came through to most Arabs as what it is – wisdom and a willingness to live in peace and mutual cooperation – Dayan’s grand gesture of 1967 would be recognized today and would have a calming effect.

Dayan’s compromise, however, is probably the reason why there is conflict at the Al Aqsa Mosque. If Israel had taken control of the mosque while allowing Muslims to use it (like at the other over 400 mosques in Israel) and allowed freedom to pray at Temple Mount for non-Muslims (the Wakf aggressively disallows it), the Al-Aqsa mosque would likely not be the antisemitic tool that it has become.

Sadly, most Arabs still see Israel as the “Yahudi” enemy that must be vanquished at any cost. Therefore, when Israel backs down from making a change that is rational and reasonable, it constitutes appeasement of antisemites. Appeasement of people who hate you beyond any common sense does not work.

Please show your support for peace by signing this petition directed at the US, Canada, Britain, France, Germany, and Australia demanding that pressure be placed on Russia and others to disarm the Hezbullah terrorist organization. 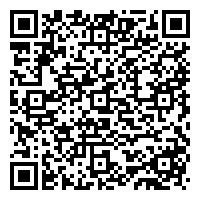