It is commonly understood that when Israel won land from Arabs in 1948 and 1967, not deporting Arabs from those lands was ethical, even though Arabs previously deported all Jews from those lands. But was it really?

The Israel/Palestinian conflict is seemingly unresolvable today due to a double paradox: The Palestinian paradox and the Israeli paradox. Events may have unfolded very differently if Israel had made a different choice.

The paradox of the Palestinians is that they claim to be a people, and they are widely recognized as such, but they do not behave as a people. They have no coherent national project other than the destruction of Israel.

The Jews accepted the 1947 UN partition plan despite their concerns about it, showing that their national identity was their top priority. The Palestinians never showed any urgency in building a state and they still do not do so today. They do not behave as a people but as anti-people. They define themselves by their opposition to Israel.

The PLO charter defines the Palestinian people as “an integral part of the Arab nation”, and it goes on to discuss the many reasons why and the many methods by which it should retake its “homeland” from the “Zionist invasion”. In other words, even in their own charter, the Palestinians define themselves as just a group of Arabs whose sole purpose is the destruction of Israel.

The Israeli paradox is that while Israel is thriving as a nation and has the military capability to defend itself against aggressions, it has no way to achieve a permanent status as a state whose borders are internationally recognized. It is stuck in limbo.

A two-state solution that consists of a Palestinian state existing peacefully next to Israel is the wish of all Western world leaders, even Donald Trump who said in Jerusalem in May that he is “personally committed to helping Israelis and Palestinians reach that mutual commitment comprehensive peace agreement”.

To most Israelis however, this is naïve fiction. If such an agreement was possible with the Palestinians, it would have happened long ago. If it was possible, the PLO charter would not still state that “Palestine, with the boundaries it had during the British Mandate [which includes Israel], is an indivisible territorial unit”.

Yet Israelis see no other viable alternative. If Israel abandoned the two-state solution and annexed the West Bank (with or without Gaza), it would be absorbing many more Palestinians and therefore ensuring the election of many more anti-Zionist parliamentarians in the Knesset; this would be national suicide. As a result, Prime Minister Benjamin Netanyahu still supports the discredited concept of two-state solution despite opposition to it by his own party.

Was it ethical not to deport Arabs?

If Israel had deported all Arabs, this double paradox would likely not exist today.

The Palestinians would have no hope of ever returning to what they call Palestine, especially after the Arab world lost three major wars aiming to make that happen and the Arab coalition fell apart.

The only aggressions against Israel, if any, would be from the outside, and those types of aggressions are much easier for Israel to handle.

The situation of the Palestinians would have been better as well because Arab countries would have no excuse to maintain Palestinians in refugee camps and would likely give them full rights if not citizenship.

If the ethics of an action is judged by the positive impact on both parties then deporting all Arabs in 1948 and 1967 should be considered the ethical choice, but it is not so simple.

If Israeli leaders had known in 1948 what would happen in the following 69 years and that contrary to any rationality, most Arabs would still today refuse to accept the existence of Israel, then perhaps deporting all Arabs would have been ethical. They did not however know because it would have seemed so irrational and unreasonable.

In addition to this, even though the decision to not deport turned out to be a blow to both Israel and the Palestinians, it was still intrinsically ethical. Deporting peaceful residents of a land based on their religion or ethnicity is not ethical even though Arabs did it to Jews. By choosing to not deport Arabs (let’s be clear on the fact that it was a deliberate choice because as Historian Benny Morris wrote, some Jewish leaders before 1948 had contemplated that possibility), Israel made an ethical choice that brought a new level of ethics to the Middle East.

By making that ethical choice, against the wishes of some of its own, Israel took a risk for peace and gave the Arab world a chance to redeem itself from its decision to attack Israel. The intractability of the Israel-Arab conflict was created not by Israel’s ethical decision but the refusal of the Arab world to reciprocate. In fact, the whole history of the conflict is strewn with examples of Israel making ethical choices that Arabs refuse to reciprocate.

The ideal outcome of this conflict would be that Palestinians develop a national identity that would sideline their hatred towards Israel. This would lead to Palestinians placing their national project as their top priority, a precondition for a viable two-state solution.

This will however not happen as long as Palestinian terrorism and incitement continues without any significant challenge by the Arab world, Europe, the United States, and the United Nations. As long as the Palestinian refugee problem is maintained and nurtured by the UN. As long as the Palestinian Authority President is treated by all world leaders, including President Trump, as a legitimate leader when in fact his legitimacy has run out long ago and his funding of terrorism is well known.

The world has placed Israel in an impossible situation, and God only knows what will happen next. Can Israel continue to uphold the highest standards of ethics while its enemies have no ethics at all? The expectation that Israel would continue to do that is in fact not reasonable or even ethical, and the world must wake up to the situation that they created due to their own immorality and cowardice. 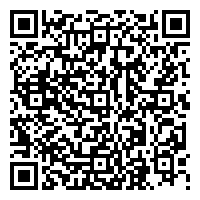