If someone tells you that all of your property belongs to him and he will get it and dispossess you no matter how long it takes, then would you suggest that he take half of it now in the name of peace?

I am always confused when what the US and European media constantly refer to as Israel’s “hardline, right-wing” government says that it is committed to a “two-state solution” with the PLO as partner — the PLO that has murdered more Jews than any organization since the Nazi party. What is so “hardline” about this?


The government is called “hardline” because it has announced that it will permit construction of apartments for Jews in places like E1 that are under complete Israeli control, according to the Oslo Agreements (even though the PLO showed its contempt for those agreements by unilaterally turning to the UN for recognition as a “state”), and in its capital.

But since the PLO wants all of those places to be part of its Jew-free state (the media, normally hypersensitive to the slightest breath of racism, never seem to notice this), then these announcements are considered “obstacles to peace.”

The biggest obstacle to peace, of course, is the Palestinian intention to establish an Arab state from the river to the sea.

In 1993 the Israeli Left managed to con the government into letting the PLO return, and since then, the rapidly diminishing Left (now pretty much confined to some academics and members of the Ha’aretz editorial board) has been joined by the Europeans and the US in an effort to force Israel to implement the first stage of the PLO conquest by giving up Judea and Samaria and half of its capital.

The US and Europeans are affected by economic pressure from Arab oil producers, the political muscle of Europe’s growing Muslim population, the entrenched Saudi influence in the US, and plain old Jew hatred. The Israeli Left, such as it is, is either paid off — leftist NGOs are financed by the Europeans and the US-based NIF — or suffer from terminal cases of the Oslo Syndrome.

I’ve explained over and over again that the “two-state” solution is not a solution to anything — rather it would be a security disaster — and that there is no reason to make any concessions to the Palestinians as long as their oft-stated goal remains ending the Jewish state.

Everyone who understands the situation knows this. Certainly the Netanyahu government knows it better than most. So why does it continue to pay lip service to the destructive idea that peace could be had through concessions to the PLO?

In a piece about Naftali Bennett of the Jewish Home party — who is considered more “hardline right-wing” than Netanyahu –  David Horovitz notes,

[Bennett] charged that the policy of Netanyahu’s government on settlements and the Palestinians is “schizophrenic” — by which he apparently meant that the prime minister talks a lot about major expansion of building beyond the Green Line, while also insisting he wants to move forward with the Palestinians, positions that manage to annoy the international community, the Palestinians, the settlers and just about everybody else in between.

Is it right-wing extremism to expect consistency? I don’t think so.

It’s time to dump the obligatory genuflection to the need for a Palestinian state and get on with building the Jewish one. 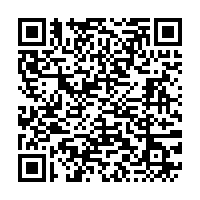