In the tremendously politically-correct society of academics, everybody is required to respect everybody else’s lifestyle and personal choices.  Because of this I don’t get asked too many obnoxious questions about being an observant Jewish man.  Luckily when it does happen, I’ve become a champ at answering the inevitable: “do you think beards are cool or do you have to grow one because you’re one of the guys from Brooklyn.”  But there is always one issue that gets under my skin: I take serious personal offense when people accuse religious Jews of perpetuating a misogynistic society that oppresses women.

So in spite of the fact that as a clinical psychiatrist I am a professional in controlling my emotions, I was ready to scream when a male colleague recently told me, “I like how Orthodox Jews value their family but I think it’s strange how Orthodox women are treated as second-class citizens.”  Rather than launching into a criticism of American society’s treatment of women—whether the overt objectification of women in Hollywood or the institutionalized discrimination against women in the workforce—I chose to highlight the beautiful way that our tradition has chosen to praise its women.


I told him that every Friday night, all Jewish households begin their Sabbath meal by singing a song called Aishet Chayil—The Woman of Valor—from the Book of Proverbs (31:10-31).  Our Rabbis teach that this was written by King Solomon in praise of his mother Bathsheba and by Abraham our forefather in praise of his wife Sarah.  Therefore every Jewish boy and every Jewish husband starts the Sabbath by thanking their own personal Woman of Valor, “There are many virtuous and capable women in the World but you surpass them all!”  I’ve met many women—from newly-married wives to seasoned great-great-grandmothers—who have told me that there is no greater gift than to hear their family sing this song.

Remember, these mothers and grandmothers aren’t just housewives who change diapers and cook dinner.  My neighbor drives carpool back-and-forth to school because his wife is an actuary and the family’s breadwinner.  My dear friend’s wife is a physician-researcher at Harvard Medical School in the midst of completing her third fellowship in Cardiac Epidemiology but still makes time for playing Legos with her boys every day.  My Rabbi’s elderly mother only just retired from her position as a nursing home administrator at the ripe age of 85.  And should these women have chosen to be housewives then what would be wrong with changing diapers and cooking dinner?  There are plenty women from all other races and creeds who have happily done the same as well…

Before a Jewish man gets married, his Rabbi will teach him the laws of properly treating one’s wife.  This includes treating her with respect and dignity no matter the situation (certainly atrocities like domestic abuse and infidelity are severe religious transgressions that result in excommunication from the community in addition to legal consequences).  But the responsibility to make one’s wife happy is also discussed during these sessions as it is also a fundamental part of Jewish law (see for example Code of Jewish Law—Orach Hayim 529:2).  Is there another tradition in the World that requires husbands to buy their wife nice new clothing and jewelry before the holidays just to make her smile?

Obscene gender inequality is the norm today in Saudi Arabia where women are not allowed to drive.  Nearly 1,000 Pakistani women are tragically murdered on an annual basis by family members as part of the “honor killing” epidemic.  Here in America, The National Football League is rocked by regular domestic violence and sexual assault scandals perpetrated by its biggest stars.  But the point my oblivious colleague needed to hear wasn’t what’s wrong with everyone else but what’s right with Judaism, so I told him the following:

Everyone is entitled to live the life they choose and coercion is not a part of Judaism.  Just as no Jewish man is forced to wear a kippah, no Jewish woman is forced into being a subservient diaper-changing-baby-machine.  Certainly no sane woman of any faith would volunteer for such an existence.  The fact that Orthodox Judaism continues to grow and that thousands of unobservant woman return to their Jewish roots each year suggests that there is something very special to being a Woman of Valor.  With this in mind, I urged my colleague to sing a nice song for his wife that night at dinner to see if it brought him some peace at home…

{Dedicated to my own Woman of Valor—Tovah bat Sarah—and my wonderful mom, Leah bat Malkah} 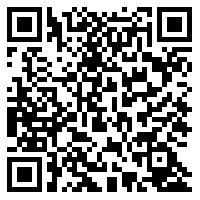