It seems that two very prominent rabbinic figures have come on board with Rabbi Slifkin’s views with respect to reconciling science and the Torah. According to a post on Hirhurim by Rabbi Gil Student, Rabbi Jonathan Sacks, the Chief Rabbi of England, and a man of great intellect whom I respect and admire greatly is one of them. The other is Rabbi Yaakov Ariel – one of the chief Poskim of Religious Zionists in Israel. These two people are not just your average rabbis. They are both highly respected not only by me but by Jews all over the world.

I am always glad to see that reasonable approaches to reconciling Torah and science – like those of Rabbi Slifkin – are increasingly being re-accepted by mainstream rabbis of stature. Especially since in the case of Lord Sacks – he had his new book on the subject vetted by the London Beth Din. Which as R’ Gil points out means that we can “deduce that the London Beth Din feels this book does not rise to the level of deserving condemnation.”


But that has not removed the problem created by the ban of these views by the right. They have clearly stated that anything other than a view than that the universe is 5773 years old is Apikursus. And to believe that Chazal only knew and utilized the best science of their era is Apikursus as well.

The only acceptable view on this issue is that anything which is included in the Talmud – whether it is Halacha or science is Emes… if there are current knowledge of science contradicts those views, we either don’t understand Chazal or we do not fully understand the science.

Many people would just say, “Who cares what the right wing says about these things?!”

We cannot ignore the right wing just because we disagree with them. They are far too big and far too important. They are probably the largest segment of Orthodoxy and are certainly the fastest growing. They are clearly the wave of the future – at least in moderate form.

In the world of the right, when a gadol like Rav Elyashiv sets policy, it is considered near blasphemy to contradict or disregard it. Rav Elyashiv famously declared the views espoused by Rabbi Slifkin – and now Lord Sacks and Rav Ariel to be Apikursus. Until the day he died he never backed down form that. (Although interestingly he never declared Rabbi Slifkin himself to be an Apikores since the views he espoused were in fact espoused by Rishonim. One cannot declare someone an Apikores because he believes in the views of Rishonim even if those views are no longer accepted.)

It was Ner Israel Rosh HaYeshiva, Rabbi Aharon Feldman, originally a backer of Rabbi Slifkin’s views who explained why he now rejected them; explaining why we are no longer permitted to believe in those views. In essence he said it is because Rav Elyashiv said so. And we cannot disagree with the Psak of the Gadol HaDor in these matters.

Interestingly he must have been quite incredulous about initial reports about Rav Elyashiv’s rejection of views which up to that point he held to be legitimate. Upon hearing about it, he immediately flew to Israel to find out first hand if it was true. And came back saying that indeed it was.

The right wing view on this subject is therefore are unbreakable. In numerous statements over the years since this controversy began, various members of the Agudah Moetzes and other rabbinic leaders were adamant in support for the views of a man who they saw as the Gadol HaDor. And in the process Rabbi Slifkin was – and still is being hammered by them.

Since that time, many respected rabbis have come out of support of Rabbi Slifkin’s views, Lord Sacks and Rav Areil only being the latest. But unless there is some sort of rethinking on this issue by the right (which I don’t see happening) – this a Pyrrhic victory at best. Nothing has changed. These views will continue to be seen as Apikursus by the largest and fasted growing segment of Orthodox Jewry. That is extremely sad and could lead to an even greater spit in Orthodoxy than we have even now. 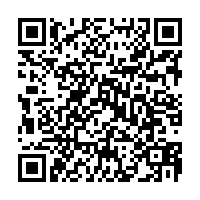