One of the hottest topics of our day is the subject of homosexuality. This is an issue I’ve discussed many times. It is a painful one for many reasons. But mostly because my sense of compassion is not in harmony with the severe Torah prohibition against the sexual act that it usually entails. The Torah mentions this prohibition twice:

Despite these clear declarations I believe that the Torah does not judge people who have this inclination. If a man is sexually attracted only by other men, then he has no sin. It is only when he commits the act as described above that he does.


For the record, all those who try and interpret this act out of its Issur-prohibition are mindboggelingly foolish, in my view. As are those who try and say that the sex drive in any human is something which they are forced by their nature to act upon – and if gay – a merciful God automatically forgives (Oness Rachmana Patrei). That basically stands the prohibition on its head and in my view is pure nonsense.

Nevertheless, I could not care less who anyone is sexually attracted to. While I cannot give my blessing to a forbidden act, it is not my business to judge anyone who submits to his desires, whether that submission is forbidden by the Torah or not. I am not God’s accountant. It is only for Him to judge. I would instead treat all human beings with the human dignity required of me by God. No matter what that individual does in private. Unless a man flagrantly flaunts his sins in public, I will be Dan L’Kaf Zechus – judge him favorably even if I know they are gay and can only get sexual gratification with other men.

For well over 40 years now, the mental health profession has determined that homosexuality is not considered a mental disorder. Until the early seventies, it was. Since then these same professionals have advanced the theory that sexual orientation is predetermined genetically, so that if a person is born gay – he will stay gay. I’m not sure that has been scientifically proven. But I do believe that in most cases it is impossible to change one’s true sexual orientation once they know what it is.

That said, I do not think that everyone who thinks he’s gay – is gay. I do believe that it is possible for young people to become confused about their sexual identity. And via experimentation with the same sex, in their teens come to believe they are gay. I believe that such people can change their behavior. I have no clue what the percentages are of people like that. But I know that they exist.

Traditional therapy may not work for them. But it may. Especially for those who are just confused about it. They should have the opportunity to realize their true sexual orientation if indeed it is different from what they think it is. Banning any and all therapy is in effect a denial of individual rights in my view.

The cruel and degrading methods of clinics like JONAH which have caused embarrassment and psychological damage to their clients is why I supported New Jersey Governor Christie’s ban on conversion therapy. I recall a horrifying description of it experienced by a decent and modest gay ‘patient’. It made me want to vomit in disgust! Their claims of success are probably either with those people who aren’t really gay. Or with people who are gay and think they are cured only to be confronted later by a same sex temptation – and succumb. And then realizing that they aren’t really ‘cured’ at all!

But this is not the case with standard psychotherapy. And it ought to be permitted. Which is why I am mostly in agreement with Nefesh. From the Forward:

Rabbi Mordechai Biser, Agudath Israel’s general counsel, said his organization swung into action after receiving requests from Orthodox therapists who “pleaded with us to take whatever steps we could to prevent this legislation from being enacted.”

But even some members of the group supporting the challenge are glum about their prospects.

Conversion therapy clinics should be opposed. I support legislation that bans it. But I do not understand the hostility to allowing standard psychotherapy be an option for those who want it. It is as if the militant gay community doesn’t want people who are mistakenly gay to be find to their true sexual orientation. It is as if they think being gay is a Mitzvah to be worn proudly on your sleeve. They call it Gay Pride.

It’s pretty hard living as a homosexual in a religious society that shuns it – even as the rest of the world increasingly becomes to be more tolerant of it. If someone wants to try and change his sexual orientation, that ought to be his right. My only caveat is that he goes into therapy with his eyes wide open and realizes that therapy may not work. If he fails to change his sexual orientation after therapy, so be it. But forcibly preventing people from choosing that option via legislation is just as wrong as forcing them to accept it. 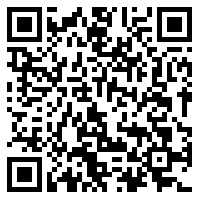