In last week’s Parsha  (Shemos – 3:13) we have the unlikely scenario of Moshe Rabbenu asking his father in law, Yisro permission (as Rashi explains) to go to Egypt and fulfill the word of God.  The obvious question is, why would Moshe do that? Why not go immediately to the task at hand? Is he not delaying the word of God thereby disobeying Him to a certain extent? The answer is given by the Alter of Slabodka, Rav Nosson Tzvi Finkel (…not the late Rosh Yeshiva of the Mir but his ancestor, for whom he was named). It was precisely for this character trait that Moshe was selected to be the leader of his people. The chacter trait of Hakoras HaTov (expressing gratitude). Says, the Alter, without this trait, he would not have been worthy of being the leader the people of Israel.

We are told that Yisro was an idol worshipper. One of his many names was Putiel, which Rashi tells us indicated his ‘job’ (so to speak) was to fatten cattle for idol sacrifices. This name is mentioned in this week’s Parsha (Va’erah- 6:25)  in the context of describing lineages. Putiel was not only Moshe’s father in law, he was also Elazar’s (Aaron’s son) father in law.


When I saw this Dvar Torah yesterday, it reminded me of a Siyum on Shas I attended last year. It was given by one of my Mechutanim – the father in law of one of my daughters. During his Drasha, he mentioned the old joke about people who prayed to God to save them from a rising flood. It goes something like this:

Some people found themselves on the top of a house during a flood. A series of 3 rescue attempts ensued. And with each attempt they rejected the help saying that they were waiting for salvation form the Lord. Of course they ended up drowning when the flood reached the roof they were on. When they approached God in the next word, they asked Him why He didn’t answer their prayers for salvation. He answered. I sent you help three times and you refused it!

My Mechutan compared that joke to God sending us Herzl to found modern Zionism. Herzl, he said, was sent by God to save the Jewish people – persecuted throughout the ages since the second Temple era – by giving them back their land. He followed that up by asking  why is there no recognition in certain religious circles of that help? Yes, Herzl was not religious in the traditional sense of the word. But that does not absolve them of both recognizing him as God’s messenger and expressing Hakoras Hatov to both Herzl and God for sending him. We don’t know why God chose this secular Jew as His messenger. But we do know that it was God who sent him.

The Torah teaches that without acknowledging gratitude to those who have helped you – you are not worthy of leadership… even if the individual that helps you is an idol worshiper!

The attitude of the Charedi rabbinic leadership in Israel – not only does not express gratitude for what Herzl created, they condemn him as an evil man whose mission was to destroy the Torah. The same thing is true in how they treat his spiritual heirs, the current Israeli political leadership. Until relatively recently, this government funded their schools, and exempted all of them from the draft. They have also provided protection of their lives via the IDF. They have also provided the infrastructure that gives them modern conveniences they might otherwise not have. Roads, super-highways, bridges, tunnels, clean water, a sewer system, sidewalks, affordable health care, a 21st century communications network… I could go on. But you get the idea. 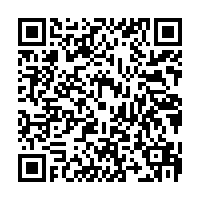