IDF Chief of the General Staff, Lieutenant General Benny Gantz spoke today at the 14th annual Herzliya Conference, where he addressed the challenges to Israel’s national security and the threats that the IDF could face in the near future.

“The Middle East has undergone extreme turmoil in the past several years,” IDF Chief of Staff Lt. Gen. Benny Gantz said Monday during a special address at the 14th annual Herzliya Conference in Israel. The military chief discussed the evolving security challenges facing the State of Israel in today’s world.


“As a military, we have to be prepared constantly,” Lt. Gen. Gantz continued. “This has been difficult lately because we don’t know exactly what the next day will bring.”

“Iran is continuing on its path toward a nuclear weapon, and it can not ignore the international isolation and the sanctions imposed on it,” Lt. Gen. Gantz stressed. “We must prevent Iran from attaining a nuclear capability — preferably through negotiations, but if necessary, through force.”

Threats from the North

“The situation in Syria is like a house of cards that is about to collapse, and we can see that democracy there is falling apart,” the military chief said of the continuing turmoil on Israel’s northern border. “The radical axis is growing stronger in the area, as is Jihad.”

Lt. Gen. Gantz explained that a range of outcomes in Syria could jeopardize Israel’s security. He stressed that Jihadi organizations and a strong Iranian-led axis pose particular concerns, warning that tens of thousands of Jihadis affiliated with terrorist organizations are dispersed in the north.

The Chief of Staff emphasized that the actions of these terrorists “are fueled by hatred toward western countries.” Hezbollah, he continued, is “gaining operational experience [in Syria] that Israel may be forced to confront on the battlefield.”

A New Reality in the South

Lt. Gen. Gantz also addressed recent changes in Egypt, where a new regime has taken power under the leadership of Abdel Fattah el-Sisi. “Sisi’s regime is moderate and realistic,” the Chief of Staff said. “Although it may not be good, it is better than the regime two years ago.”

In Gaza, he said, “a dramatic armament of mid-long range rockets is taking place,” adding that “what most characterizes the region is instability.” He reminded the audience that just last night, a rocket was fired from Gaza and fell 300-400 meters south of the Gaza security barrier. 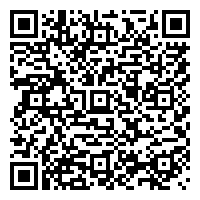