Receiving the Torah is one of the most important things that happened in the history of the world, not just for the Nation of Israel but for all Nations who accepted the 10 Commandments as the definitive guideline for a moral and decent society – and a stark contrast to other societies who did not make that same choice.


So why do so many Jews barely notice Shavuot, the holiday that marks the receiving of the Torah? Many diaspora communities don’t celebrate the holiday at all. In Israel, many treat the holiday as a commandment to eat dairy products and nothing more.

A HOLIDAY WITH NO REAL NAME

In Hebrew words and names are of great significance, thus it is strange to name a holiday Shavuot, “Weeks”, a name that isn’t really a name but a description of a period of time – the seven weeks from Pesach to Shavuot, between the exodus from slavery in Egypt and taking on the responsibility received when the Nation of Israel was given the Torah.

The physical journey our ancestors took 3000 years ago was also a spiritual one. Today we have the time of the Omer, between Passover and Shavuot to remind us of this ancient journey. This is an opportunity for us to reflect on our own mindset. Where are we on the path between slavery and self-determination, as individuals, as Jews and as a Nation?

Never was the Nation of Israel more united than at the moment Shavuot celebrates, when we stood at Mount Sinai and received the Torah. Together we agreed to take on the responsibilities we were chosen for.

That moment was so powerful that it changed the world.

Why is unity so difficult to attain today? The Jewish people are so few in number, why is it that so many Jews are willing to turn against their own? All too often we find Jews leading the way in political and cultural battles aimed against the only Jewish State. We focus so much on the hate turned against us from outside, but where is the love from within?

Our strength comes from connection to the elements that shape our identity: each other, our heritage, our language and our land. But how many of us are connected to these things today? How strong is that connection? In what ways do you connect?

CONNECTION TO THE LAND

In ancient Israel, Shavuot was one of the 3 pilgrimage holidays where everyone would bring the first fruits of their harvest to Beit Hamikdash, the Temple that stood on the Temple Mount in the heart of Jerusalem. The Temple and everything it represents is the reason Jerusalem is a holy city. How many Jews find it easy to forget that? How many are willing to forget the Temple Mount and settle for the Kotel, the Western Wall?

The Temple was destroyed in 70 CE but has remained integral to Jewish life ever since. In prayer Jews turn towards Jerusalem, three times a day. No Jewish wedding is complete without first remembering Jerusalem and symbolically mourning the destruction of the Temple. (How many diaspora Jews are unaware of what breaking the glass means?). Every Passover we mark the end of the Seder with the blessing: “Next year in Jerusalem, rebuilt!” – a centuries-old acknowledgment that the end of the exodus from slavery in ancient Egypt is as a sovereign people in the thriving eternal capital of our Nation, Jerusalem.

Now, thankfully the fruits of Israel are once again brought forth from the Land by the Nation of Israel. Shavuot, the holiday where farmers brought their first fruits to the Temple, can now be celebrated with first fruits throughout the Nation.

Torah, Temple, Land. These are the heart of Shavuot. These are the core elements of Jewish identity, the elements that kept us together as a Nation, around which our culture and history was formed.

Forgetting Shavuot seems to me to be a symptom of forgetting, ignoring or trying to escape our own identity. To me, it seems an extension of the dhimmi mentality that led Jews to keep their heads down and stay meek – an understandable response to being foreigners in lands that were not our own, surrounded by people ambivalent about our presence. Today, the way to change the world and create a better future for our own (and I believe all other nations) is to fully step into our own and embrace who we as a Nation really are.

How can we expect other Nations to respect us and embrace our presence in the world if we do not do so ourselves? 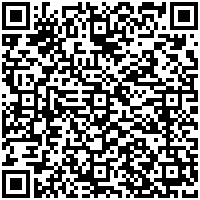