I didn’t say this:

At the time of the Hogarth negotiations, the Arab people of Palestine were a backward, primitive sort of people without political consciousness.

Those words were spoken at the meeting of the League of Nations Mandates Commission, Friday, June 16th, 1939, at 10.30 a.m. They are Lord Hankey’s words.  He was Secretary of the Imperial War Cabinet 1916-1918 and then Secretary to the Cabinet for the next nineteen years.

As for that Hogarth Message:

The following are the terms of the message which [British] Commander Hogarth was instructed to deliver to King Husain when he visited Jedda in January, 1918:

“(1) The Entente Powers are determined that the Arab race shall be given full opportunity of once again forming a nation in the world. This can only be achieved by the Arabs themselves uniting, and Great Britain and her Allies will pursue a policy with this ultimate unity in view.

“(2) So far as Palestine is concerned we are determined that no people shall be subject to another, but

(a) In view of the fact that there are in Palestine shrines, Wakfs and Holy places, sacred in some cases to Moslems alone, to Jews alone, to Christians alone, and in others to two or all three, and inasmuch as these places are of interest to vast masses of people outside Palestine and Arabia, there must be a special regime to deal with these places approved of-by the world.

(b) As regards the Mosque of Omar it shall be considered as a Moslem concern alone and shall not be subjected directly or indirectly to any non-Moslem authority.

“(3) Since the Jewish opinion of the world is in favour of a return of Jews to Palestine and inasmuch as this opinion must remain a constant factor, and further as His Majesty’s Government view with favour the realisation of this aspiration, His Majesty’s Government are determined that in so far as is compatible with the freedom of the existing population both economic and political, no obstacle should be put in the way of the realisation of this ideal.

In this connexion the friendship of world Jewry to the Arab cause is equivalent to support in all States where Jews have a political influence. The leaders of the movement are determined to bring about the success of Zionism by friendship and co-operation with the Arabs, and such an offer is not one to be lightly thrown aside.

And since we’re in a historical ‘mood’, here is Lord Samuel suggesting an alternative solution back on May 23, 1939:

I see that four surviving members of the Peel Commission have written a letter in which they advocate again the federal solution, but they use the federal solution on this occasion in a wider sense as involving a possible union of Palestine with neighbouring Arab States. That is a different matter. I have myself advocated that in this House and elsewhere on various occasions. I think it is highly desirable that the venue should be changed, that the whole conception should be altered, and that could be done if Palestine were not considered merely as a small State by itself but as a member of a possible confederation of States which would include not only Trans-Jordan and Syria, but also some of the remoter Arab Principalities. If that were done then the whole question would wear a different aspect, because, if Arab federation came into being, there would not be the same fear and resentment felt at a great increase of the Jewish population in Palestine West of the Jordan. On the contrary, it might be welcomed as a most useful economic and financial element in the whole of the Federation and might possibly tend to bring about that co-operation between the Jews and Arabs which led to the glories of Islam in the days of their illustrious Empire.

But if this is to come about, if there it to be an interim period pending a development of that kind, or pending a change of atmosphere, it is absolutely indispensable that both sides, for the sake of peace, should consent to some modification of their full demands. Both sides must be pressed to make some sacrifice, and on the Jewish side the sacrifice could only be consent to a limitation of immigration, not only on economic grounds, but also definitely and avowedly on political grounds, in order to gain peace and in order to secure a time for passions to quieten down and for co-operation to grow. 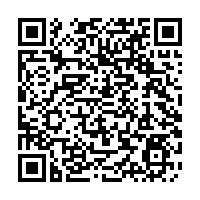