One of the main things I’ve learned about the differences between Jews and non-Jews (namely Christians) is that non-Jews place a great deal of importance on how you feel, what you believe, your intentions, your inner motivations for being good.  By contrast, according my friend Rabbi Shmuley Boteach, Jews “care far less about what you believe.  What you do is more important.”


Shmuley writes in his book Renewal, “I know that for all my saying that I support the troops, I don’t actually do nearly enough.  Who supports the troops?  Those who enlist.  Those who volunteer.  Those who collect toys for soldiers’ children.  Those who organize fund raisers to support soldiers’ widows and widowers.  But the ones who weep while they watch the six o’clock news?  Their feelings are irrelevant…It is how we act, not how we feel, that matters.  It is not the thought that counts.”

A perfect contrast to this Jewish worldview comes from comedian Louis C.K., in his “Live at the Beacon Theater” video.  Here is how non-Jew Louis C.K. looks at soldiers – from the comfort of his first-class airline seat:

“Every time I see a soldier on a plane, I always think: ‘You know what?  I should give him my seat [in first class].  It would be the right thing to do, it would be easy to do, and it would mean a lot to him…I should trade with him.’  I never have, let me make that clear.  I’ve never done it once.  I’ve had sooo many opportunities.  I never even really seriously came close.  And here’s the worst part: I still just enjoy the fantasy – for myself to enjoy.  I was actually proud of myself…for having thought of it!  I was proud!  ‘Oh, I am such a sweet man.  That is so nice of me!  To think of doing that, and then totally never do it.’”

But perhaps there’s a little Jew inside of Louis C.K., after all.  Because, when his video generated over a million dollars in downloads in just its first 12 days online, he issued a statement “to set an example of what you can do if you all of a sudden have a million dollars that people just gave to you directly because you told jokes.”

He gave $250k to the people who produced the video and built the web site to sell it.  Another $250k went to his staff for “a big fat bonus.”  $280k went to five different charities (including Kiva, which I discovered because of him – thank you Louis C.K.!).  In total, he gave away 78% of his million dollars, which is 7.8 times more Jewish of him than a Jew who tithes 10%.

“That leaves me with 220k for myself,” Louis wrote.  “I never viewed money as being ‘my money’ I always saw it as ‘The money.’  It’s a resource.  If it pools up around me then it needs to be flushed back out into the system.”

I guess that’s another difference between Jews and non-Jews.  If I made a million dollars in 12 days, and then gave 78% of it away, I would have no problem viewing the remaining 22% as “my money.” 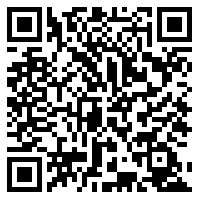