Tehran, May 14 – Leaders of the Islamic Revolutionary Guard Corps voiced frustration today with widespread misunderstanding of its role in arming, training, and funding Islamist militant groups throughout the Middle East, arguing that their chief aim in supplying the terrorists with weapons and other assistance is to accomplish what US Congresswoman Rashida Tlaib (D-MI) described as creating a “safe haven” for Jews in the region, as she described Palestinian Arabs doing before and during the Holocaust.

Qassem Solemeini, chief of the IRGC, released a statement Tuesday lambasting Western media and diplomatic depictions of the organization’s activities as malign, calling on them to clarify that the arming, training, advising, and otherwise assisting of Hezbollah, Palestinian Islamic Jihad, Hamas, and other violent Islamist groups forms part of Iran’s benevolent strategy to welcome the Jews to a place of security, much as they enjoyed under the British Mandate for Palestine, when the Mufti of Jerusalem allied himself openly with Hitler and fomented violent uprisings to prevent the British from allowing Jews to reach Palestine from Nazi genocide and persecution.

“It’s irresponsible to ignore the purpose of our activities,” insisted Solemeini in the statement. “Casting IRGC operations and policies in a negative light only serves the forces of instability and colonialism. In fact we harbor a tremendous concern for Jews, who without the assistance of Hamas and the like would have forgotten their historic role as dhimmi. Hamas is just trying to protect them from the horrific alternative.”

Solemeini’s deputy Awil Qildajuwz credited Congresswoman Tlaib with crystallizing the IRGC’s goal in concise form. “Ms. Tlaib expressed our aims as succinctly as anyone could, though that’s not precisely what she was describing when she tweeted,” he stated. “The safe haven that the Arabs of Palestine created for Jews by such methods as massacring the ancient Jewish community of Hebron; arson against Jewish-owned properties and fields; stabbing attacks on Jews in the street; and sniper fire against Jews everywhere in the land, just to cite a few examples, serve as our model for the establishment of a new safe haven there. But this time, with the help of better organization and funding than the Arabs of the time had available, we are more likely to succeed.”

“Of course it’s complicated by the fact that the official position of Iran’s leadership is that the Holocaust never happened,” he added. “We can correct detail once the safe haven is completely free of the danger of Jews asserting sovereignty.” 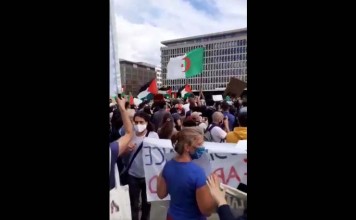 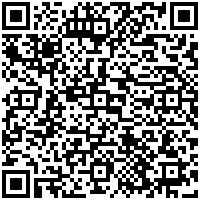