In recordings obtained from a course given by senior professor Daphna Golan, co-founder of B’Tselem, she can be heard introducing an array of anti-Israel guest speakers to the students. Among those guest speakers was a representative of the NGO Zochrot—promoting the return of the decedants of 1948 Arab refugees to Israel—who told the class that “most of Israeli society is going more and more in the fascist direction.”

Another speaker, who spoke to the class during a tour of eastern Jerusalem that was arranged by Golan with the anti-Israel NGO Emek Shaveh, said that Israel is arresting and “torturing” Arab children on a “daily basis.”

During another class in which Golan brought the students to the abandoned Arab village of Lifta, the tour guide advocated for the BDS movement.

Lara Alqasem, a former member of the pro-BDS group “Students for Justice in Palestine,” was a student in Hebrew U’s international graduate program. Alqasem was slated for deportation over her anti-Israel advocacy, but was finally permitted to stay by Israel’s high court.

Prof. Golan is known for penalizing students who disagree with her viewpoint, according to Im Tirtzu. In a reflection paper written by a student in response to the class’ tour to Lifta, in which the student disagreed with the guide’s support for BDS, Golan gave the student a zero mark and called his paper “disgraceful” and “unintelligent.” 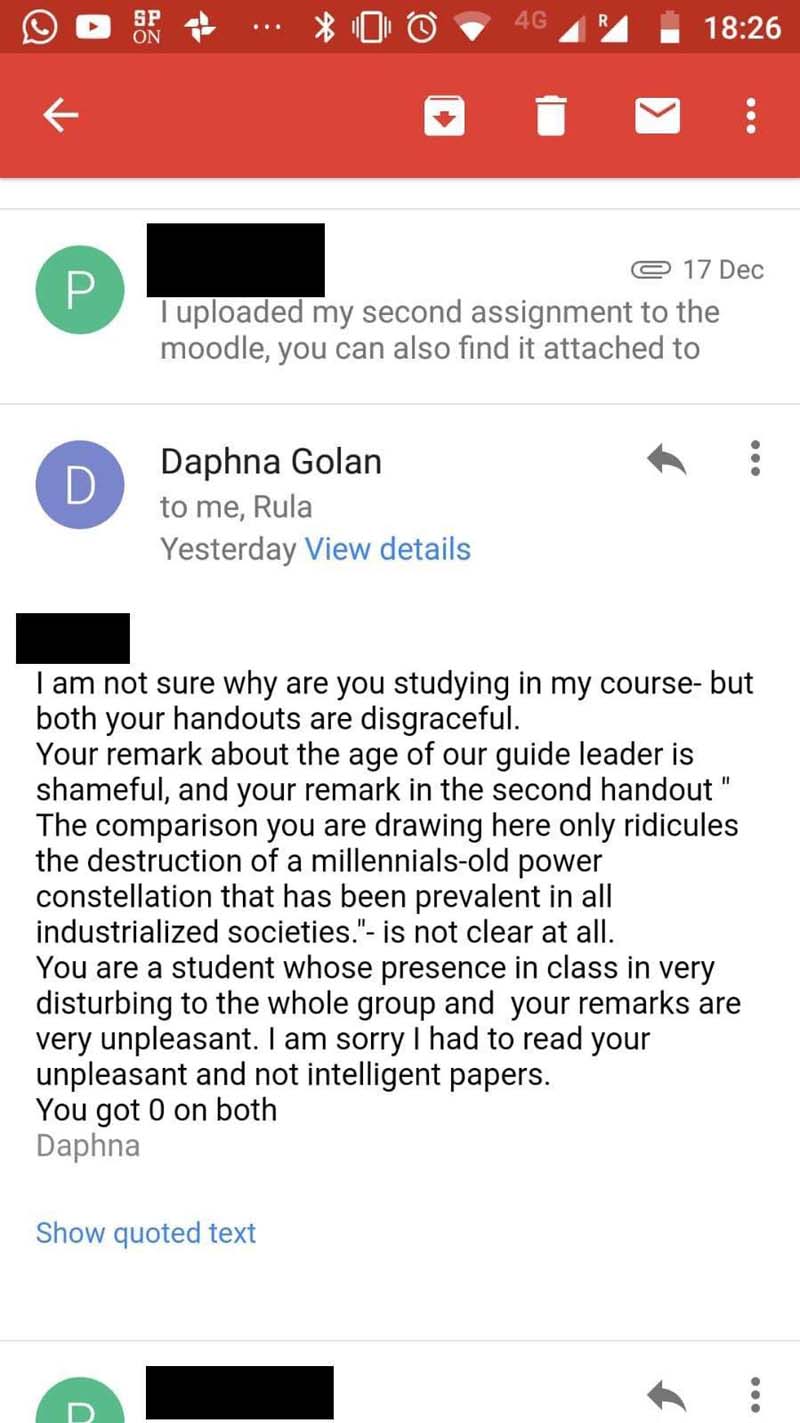 “I am not sure why you are studying in my course – but both your handouts are disgraceful,” read the email sent to the student by Golan. “You are a student whose presence in class is very disturbing to the whole group and your remarks are very unpleasant. I am sorry I had to read your unpleasant and not intelligent papers,” wrote Golan.

Panteleimon Papadopoulos, a foreign student from Greece who was enrolled in the course, told Im Tirtzu that Golan “created a hostile image of this country which does not correspond to reality.”

“Is it the role of Hebrew University to create a hostile and inaccurate image of Israel, for students to come to the conclusion that this is a state that is heavily discriminatory, and to be preached to by her guest speakers that this is a fascist state?” Papadopoulos wondered.

Another student, who wished to remain anonymous, said that Golan provided her class with misinformation and silenced students who challenged her views.

“You could tell that the professor was very biased and aggressive against people whose positions weren’t the same as hers. She was too aggressive and too overpowering, providing us with fake facts,” the student said.

Matan Peleg, CEO of Im Tirtzu which obtained the recordings, said that the Hebrew University is undergoing a “moral and ethical crisis.”

“It is disgraceful that Hebrew University, which is supposed to be a beacon of academic light, has become a political incubator of anti-Zionist professors who devote their lives to attacking the State of Israel,” said Peleg.

“Who would have thought that students coming from abroad to study in Israel would be subjected to hateful lectures against Israel from professors who earn their living at the expense of the Israeli taxpayer. The University must immediately work to implement the academic code of ethics and to root out this severe phenomenon of academic politicization,” Peleg said. 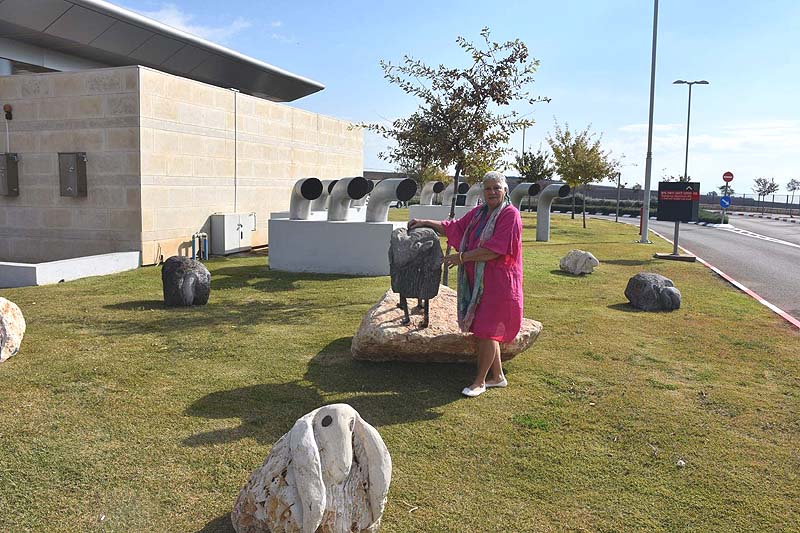 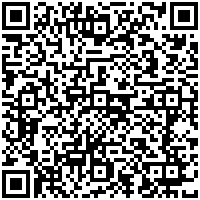