There are a few topics that will always be debated among Zionists: Should all Diaspora Jews move to Israel? Do Zionists demand that Israel be a land exclusively for the Jewish people? Is Zionism an aspect of Judaism or a separate movement?

Greenblatt’s position took on an air of controversy when critics of Israel fought back against Greenblatt’s assertion. They argued that criticism of Israel’s policies was a legitimate protest against an oppressive Israeli rule that treated Palestinians unjustly. The two sides debated intensely, and lines of civility previously uncrossed were breached. There were charges of antisemitism and tyrannical shutdown of free speech thrown at both sides, and it seemed the debate that stemmed from Greenblatt’s comments had caused a schism that wouldn’t be easily repaired. This debate did not have to reach this level of divisiveness – it was caused by a misunderstanding.

Greenblatt and those who agreed with him were focused on those opposed to Zionism. They were characterizing the opposition to the ideology of Zionism as antisemitic. Those who disagreed with Greenblatt weren’t addressing his actual comment but rather chose to focus on Israeli policy. To the unfamiliar eye, the presentation of both sides would seem similar, but there is a significant difference. To some, the question of antisemitism focuses on opposing Zionism, while to others the question focuses on opposing Israeli policies.

Zionism and current Israeli policy are not the same. When the question of whether anti-Zionism is antisemitic is asked, a large percentage of the questions are actually asking if critiquing Israeli policy is antisemitic. Zionism is a four-thousand-year-old ideology that turned into a movement. Zionism stands for the right of the Jewish people to exercise self-determination in their historic homeland, the land of Israel. The Zionist ideology might inform current Israeli policy – in much the same way the values written in America’s declaration of Independence informs American policy – but the ideology does not dictate the policy of the Israeli government.

The best Zionists are some of Israel’s strongest critics. Israel is a parliamentary government. It contains a coalition government and an opposition. Some of Israel’s greatest prime ministers, like Menachem Begin and Benjamin Netanyahu, spent years in the opposition critiquing the Israeli government’s policies. No one would dare suggest their criticism of Israeli policy should be characterized as antisemitic. It is legitimate to criticize Israeli policy. Israel is a democracy that grants its citizens free speech and the right to criticize their government. Claiming that criticism of Israel is by nature antisemitic flies in the face of Israeli values and law.

In contrast to criticism of Israeli policy, opposition to Zionism will almost always present as antisemitism. Opposing Zionism means opposing Jewish rights. Unless you oppose all nations’ rights to self-determination and their historic homeland, why would the Jewish people be the only nation that doesn’t deserve the rights all other nations deserve? It is hard to find a legitimate answer to that question. Almost all answers come back to antisemitism.

Not everyone understands the difference between current Israeli policy and Zionism. Their misunderstanding stems from ignorance of Zionism’s actual axioms or a politically motivated refusal to recognize the difference between the two concepts. These people either see all criticism of Israel as a criticism of Zionism, and characterize both as antisemitic, or see Israeli policy as somehow retroactively reflecting on Zionist ideology that was created over four thousand years ago. A current Israeli policy doesn’t retroactively change Zionism, nor is it a direct consequence of Zionism. It has become unfortunately acceptable for Israel’s opponents to conflate Israeli policy with Zionism; it’s crucial that Zionists not allow themselves or their movement to become falsely tarnished by nefarious characters trying to besmirch the Zionist movement. 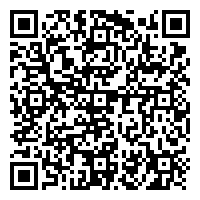