Yesterday as the Jewish nation was remembering their loved ones who were slain by the Arab enemy the hitherto unimaginable occurred.

A group of Israelis, some of whom lost loved ones to Arab killers, stood together with the families of the killers sharing the hurt and losses on both sides.

The Israeli government had wanted to bar the families of the terrorists from entering Israel. It was felt that it was inappropriate to publicly equate the pain of the killers’ families with those of the victims – especially on Memorial Day.

Of course, this antiquated thinking predates the higher ideal of moral relativism and equivalency.

The “choose your narrative” philosophy leaves no room for right or wrong, good or evil.
The Israel supreme court ruled that it is indeed their right to enter Israel and publicly conduct their “alternative memorial ceremony”

Imagine for a moment a memorial service for the US sailors drowned at Pearle harbor together with the families of the kamikaze pilots.
Or imagine a ceremony for Auschwitz victims with families of SS guards who were shot by the Russian liberating forces.
Hey, pain is a pain. Loss is a loss.
Who can determine whose narrative and whose pain is more worthy?

I’m reminded:
Some years ago I guided a group of German tourists.
The tour leader(their Pastor) was a nice man and we hit it off.

One evening after dinner, as the group sat on the shores of the Kinneret we got to talking.
Of course, the conversation eventually led to that permanent silent elephant in the room – the Holocaust.

After a long moment of quiet, one of the group decided to get something off her chest. She blurted out” but we all suffered. “Members of my own family were killed by Russian planes as they were fleeing the approaching front.
Why is our suffering any less? It is all the same.”
There was a long uncomfortable silence. I was trying to form my response in proper German sentences when the Pastor saved me the trouble.
He stood up staring at her in disdain and said, “are you really that stupid?
Have you learned nothing?”

Have we learned nothing?

Tomorrow is Independence Day. We will be celebrating our Independence after two thousand years of exile and suffering. We will be celebrating our victory in the war of Independence.
Just as a reminder; this was a fight of survival against our Arab neighbors who announced they were going to kill us all. Their genocidal plans were foiled by a hand full of Jews and they have not gotten over that failure to this very day.
They refer to our Independence day as “Naksa” or tragedy.
Our escape from genocide is their tragedy.

I get it. Haters have their own values.

What is harder to fathom is how some Israelis identify with the pain and frustration of those who want to kill us all.
It is harder to understand how they advocate making room for their “narrative” as part of the true Israeli experience.

As I said, you can’t make this stuff up. 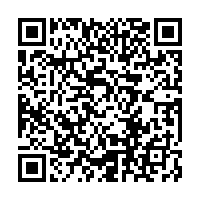