Yesterday morning we read about the lone soldier from the small Texas town nobody had ever heard of who had been killed in Gaza trying to destroy the Hamas terror infrastructure, Sean Carmeli. Later in the day, emails and facebook messages kept arriving in Hebrew and in English asking that people come to his funeral.

Israel values all of its soldiers; they are our children. Israeli kids are raised knowing that after high school they will be drafted. (I’m not getting into the chareidi draft issue here.) Religious girls frequently take the option to do Sherut Le’umi, National Service and volunteer in all sorts of places, schools, hospitals, memorials etc. Young men who are exempt for various medical reasons quite often petition the IDF to be accepted as official soldier volunteers and get positions suitable for them.

And then there are the new immigrants and foreign IDF volunteers who come to Israel either just to serve or knowing that their choice to be Israeli means that they will be drafted and serve in the army without a mother waiting at home to do their laundry and make sure there’s hot food for them. They are the true idealists, and Sean Carmeli was one of them.

When an Israeli born and raised IDF soldier is killed, his funeral is attended by his family, childhood friends of all members, fellow students and those from the neighborhood and more. Funerals here for whomever, no matter what the reason of death, are usually humongous. Here in Shiloh, a small funeral, quickly arranged on a Friday before Shabbat can have a minimum of fifty to a hundred people, and the larger more public funerals, like the triple one for the three teenagers murdered by Arab terrorists a few weeks ago are attended by hundreds of thousands. Compare that to a very recent funeral in New Jersey for a policeman killed, Fallen Jersey City Police Detective Melvin Santiago laid to rest.

JERSEY CITY – The Jersey City police officer who was shot and killed while responding to a report of an armed robbery was laid to rest today. Hundreds of police officers from around New Jersey and surrounding states came to St. Aloysius Church to pay their final respects to Melvin Santiago.

HaMakom yenachem…
May G-d comfort his family and friends 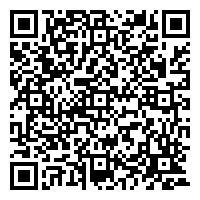