Not everyone in Israel stayed up all night to follow the Eurovision final including the count which gave Israel’s Netta first place. I woke up to the exciting news.

I got a real kick out of the costume Israel’s Netta Barzalai chose to wear to sing her song “Toy” at Eurovision. Once I saw that she was wearing a Japanese style Geisha* girl outfit in the “semi-final,” I saw more than a flaky, clucking, attention-getting performer. You shouldn’t be surprised to know that I had never heard of Netta Barzalai before reading all sorts of negative things on news sites and social media. And it has also been years since I had paid any attention to to Eurovision or Israel’s songs for it. Honestly I don’t like this modern “music,” which is more performance than anything I can sing and dance to.


Israel’s first two Eurovision wins, which were consecutive, were lovely clean-cut, singable and dance-able tunes, Abanibi and Halleluya. Both suited the classic Israeli folk song/dance genre perfectly, including the chosen costumes. In the following years, Israel got a few good results, but didn’t win again until Dana International, the most well-known transgender in the country pulled off first place. Since then nothing until last night.

It had been considered impossible with the anti-Israel sentiment/policy in Europe for Israel to get enough top votes to win, no matter how good the song/performance.

Apparently the “show” and lyrics of “Toy” broke the hold of the BDS and other anti-Israel groups.

I don’t know if Netta and whoever is responsible for the lyrics and geisha get-up intended the extra/additional meaning I hear in her song.

a Japanese hostess trained to entertain men with conversation, dance, and song.

The role of a geisha is to be a toy to entertain men who pay for their time and services, so the costume is brilliantly ironic. Add that to the obvious fact that Netta is a “big woman,” plus size to put it mildly. It’s clear that she won’t starve herself into submission.

Davka, the timing of Eurovision this year is so siyata d’Shmaya, Hand of Gd. We in Israel are celebrating seventy  70 years of Independence and a half a century of our miraculous 1967 Six Days War victory which left us with all of Jerusalem in our hands.

Most of the world thinks of Israel as a “toy” of its making, because the United Nations voted its approval of the establishment of the state November 29, 1947. The declarations and policies against Israel, including the refusal to recognize Jerusalem as our Capital City are unprecedented, something that never happens to any other country.

The State of Israel is nobody’s “toy.” Today we are truly a world power, yes, little Israel. Tomorrow the United States of America is finally opening its Embassy in Jerusalem. US President Trump has defied precedent and the State Department. He is the first American President to follow through on a very popular campaign promise. Many of his predecessors campaigned that they’d move the embassy, but they didn’t.

Today is Jerusalem Day, the date on the Jewish Calendar when a large part of our Historic, Biblical Homeland was liberated in the 1967 Six Days War after thousands of years of occupation, most recently by Jordan. 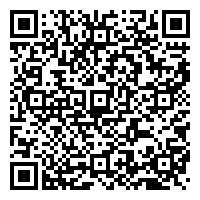