There’s absolutely no way a “deal” can be true peace. “Peace Deal” is an oxymoron.
But PEACE?!? That’s something very different.
True peace is something else. It only happens when both sides really want it, and there’s no sign that the Arabs who keep supporting terrorism against Jews and Israel want that. It will take a long time, if ever, until they do. And in the meantime we must be prepared to fight them and defend ourselves. That’s the only way we can survive.
Advertisement 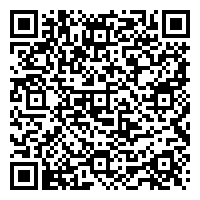