I need to thank Abu Mazen!

For the past couple of years I have felt like the little boy screaming at everyone that the emperor is completely naked except for a suicide bomb strapped around his stomach. The Left tried to convince me that it is not a bomb, but rather a beautiful new suit made of PEACE DUST!


I have asked the Left and even some of the center right why they accept or base their solution to the conflict on the fabricated narrative of our enemies? Why can’t they deal with the fact that our enemies do not accept the historic, national or Jewish right to any part of the Land of Israel?

Those who called themselves the “peace camp” have called me a racist, a war monger, a fanatic, a right wing religious settler (I never really understood the insult in that last one) and other colorful names because I was unwilling to accept their warped and alternate fantasy world.

The fact that the world gave the Nobel Peace prize to an arch-terrorist named Arafat does not mean we have a ‘New Middle East’. It means the world’s moral compass is completely broken.

The “peace camp” was too distracted by the thunderous noise of world applause to hear the buses blowing up and the encouragement from “Palestinian” leaders for their subjects to continue murdering Jews. Arafat publicly applauded the murder of Jews and the Left said he has to “fake” like he is ok with the murder of Jews so that he won’t lose popularity with the people the left believe are partners for peace. Can you see the irony?

Every time the Left is cornered they scream PEACE and like tinkerbell’s magic dust, happy thoughts fill their brains and blind them of reality. BOOM! more Jewish sacrifices for the idol like worship of a false peace.

I explained time and time again that the excuse and justification of our enemies to continue murdering Jews is a fabricated national entity called Palestine.

Since the Arabs and the Left claim that the occupation of palestine is the reason for their continued support for terrorism (freedom fight) against Jews and Israel, I offered to give up if they could give me a year when Israel EVER occupied a place called palestine from the palestinians.

I pointed out that while that is a nice idea, our enemies clearly state that they justify their “struggle” with a fabricated claim that Israel occupied Palestine from them! Once again the “Peace Camp” told me I have to stop looking back (at facts) and look forward (at their Alice in Wonderland fantasy). BOOM! No worries, just a couple more Jewish sacrifices to your false peace God….move on…

They said split up Jerusalem for two capitals for the sake of peace and I asked them for a year when Jerusalem was ever an Arab capital and they responded by saying I have to stop looking at the past and start thinking about the future. BOOM! A couple of more Jewish sacrifices for the false peace god. No metal detectors please….it’s an obstacle to peace.

I pointed out that Arafat wore a uniform and a gun till the day he died and asked if that sounds like a man of peace?

Then Abbas came along and the “Peace Camp” was ecstatic! HE’S NOT WEARING A UNIFORM! They told us. See! He is a moderate and a “real” partner for peace.

I tried to remind those worshiping this fake peace that this terrorist in a suit wrote his doctorate on Holocaust denial Nope, I could not even make the peace camp flinch!

I told you that the ‘terrorist in the suit’ funded the Munich Massacre of the Israeli athletes and you just would not listen!
The “Peace Camp” continued to barrel down the rabbit hole and build a fantasy world of peace, love and humus and the BOOM! Don’t worry,
just a couple more Jewish sacrifices to your false Messiah.

Even the center right started sniffing the pixie peace dust and expelled 10,000 Jews from Gush Katif. Once again the world gave us a thunderous applause and the “Peace Camp” could not hear the screams of the Jewish dead who were buried in Gush Katif as the government opened their graves to expel even them. Why did we have to dig up the dead? Because the people who were hopeful of peace as a result of the expulsion of Jews from Gush Katif said the enemy, who they are handing the area over to for the sake of peace, could not be trusted and would probably desecrate the dead. Even when they explained it to us, their ears and brains would not compute what your mouth said.

The “Peace Camp” continued to claim peace will come if we leave the settlements and go back to the green line. When I asked what was the excuse in 1929 or in 1964 when the PLO was created with the goal of destroying Israel? They simply told me to stop looking back and start looking forward. BOOM! More sacrifices to the fake god.

What does the green line have to do with Palestinians? It was Jordan and Egypt! Don’t look back just loo for…BOOM!

Abbas, the terrorist in a suit, pays millions of dollars to terrorists as kill money and no one cares! People still talk of making a deal with the terrorist in a suit. They call him a moderate and talk of a 2- State solution based on the fabricated narrative our enemies created to masquerade their anti-Semitic views with human rights claims.

Abbas was very careful with his words. He only praised the murder of Jews in Jerusalem once. He also only once publicly said that Jewish filthy feet would not step on the Temple Mount. Look forward Ari, not back! BOOM!

I continued to explain to them that our enemies do not accept our rights as Jews to any parts of the Land of Israel and the “Peace Camp” rolled their eyes!

So, why do I have to thank Abu Mazen?

I want to thank him for vocally clarifying his position yesterday.

Abbas clearly stated at the Hamas and Palestinian Islamic Jihad boycott conference that Israel has nothing to do with the Jews.

Can we NOW please stop playing make believe with terrorists, even if they are wearing a suit!

We are dealing with a radical, anti-Semitic, genocidal, terrorist organization.

The solution? What would you do if a radical anti-Semitic terrorist justified murdering your family unless you give them half your home? Any questions? 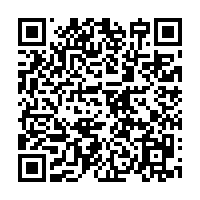