The inspiring story of Dr. Okby is a dramatic contrast to the Nigerian Boko Haram. The group is known for attacks on police stations and government buildings in 2009; its attacks on churches, bars, and military barracks in 2010; its bombing of U.N. headquarters in Abuja, the Nigerian capital, in 2011; its assault in Kano, when they killed 185 in January 2012; its storming in Bama of official buildings, during which the terrorists killed 55 in May 2013; its car park bombing in Abuja in April 2014, killing 70. Now it has taken to abducting young schoolgirls on at least two occasions.

Founded in 2002 by a militant, Abubakar Shekau, Boko Haram aims to create an Islamic state in Nigeria and impose sharia law, and to do it in ruthless fashion: “Anyone who is not governed by what Allah has revealed is among the transgressors.” Since 2009, when its founder died, more than 2,000 of those “transgressors” have been murdered.

To gain support, Boko Haram has taken advantage of the divisions and tensions in Nigeria, the most populous African country (160 million people). Nigeria has strong sectarian violence and ethnic, religious, economic, and political divisions among a population that is highly unequal, with an oil-rich mostly Christian south and a much poorer mostly Muslim north.

Already in May 2013 the group had kidnapped women and children from schools in north-east Nigeria, kept them hostage, and announced that it would treat them as “slaves.” On April 14, 2014, the terrorists kidnapped more than 275 girls and justified the action as “Islamic.” Even the extreme al-Qaeda, perhaps conscious of bad publicity, appears benign by comparison with this murderous group. In a less than completely forthright manner, al-Qaeda has condemned “this crime and other crimes committed by the likes of these extremist organizations.”

What is significant is the reason for the abduction of the schoolgirls. The real name of the organization is translated as “Congregation of the People of Tradition for Proselytism and Jihad.” Its nickname is Boko Haram, which is usually translated as “Western education is a sin.” Though schoolboys have also been targets of the group’s jihad against Western secular education, its real offensive, as in the case of similar behavior from the Taliban, is largely directed against females. The group is living up to its nickname by preventing the mostly Christian schoolgirls from being educated and thus becoming teachers, lawyers, or doctors in the manner of Dr. Okby in Israel. These Islamic extremists are displaying in ruthless fashion the hallmark of their intended patriarchal and masculine-oriented society in which women are subordinate and can be treated as “sexual slaves.”

The actress Angelina Jolie, commenting on the abduction, thought it was part of the culture of immunity, in which people believe they can get away with crimes, and so crimes are committed. It was disappointing that a group of 20 academics, self-described “scholars with a special interest in Nigeria and broad expertise in African politics,” wrote on May 21, 2012 to then-Secretary of State Hillary Clinton, urging her not to designate Boko Haram as a Foreign Terrorist Organization (FTO). This view was also held by Johnnie Carson, the then-assistant secretary for African affairs, who argued that to designate it as such would raise its profile, give it credibility, and help recruitment.

Only on November 13, 2013 did John Kerry designate Boko Haram an FTO. One hopes that the differences in the U.S. administration on the issue are now over and that this Islamist group, and others like it, can be understood for what it is. To help this understanding, everyone has the example, in Rania Okby, of how women should be treated and what is likely to be the consequent female contribution to humanity. 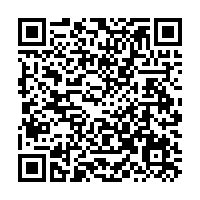