The prisoner, an American whose father was born in Israel, was surrounded by cowardly men covering their faces. The prisoner looked into the camera and said, “My father is Jewish, my mother is Jewish, I am Jewish.”  That’s the part the media covered so they could tell a story about Antisemitism. But Pearl added a statement about his Zionist history, “Back in the town of Bnei Brak, there is a street named after my great-grandfather Chaim Pearl, who is one of the founders of the town.” The media ignored that part because it told a story they didn’t want their audience to understand. Anti-Zionism is the same thing as Antisemitism. When Daniel Pearl was done with his statement, terrorist Khalid Sheikh Mohammed brutally hacked his head off in front of the whole world, and a video of his beheading was posted on Facebook.

That incident occurred on February 1st. This year was twenty years after that horrific day. The memory of how Daniel Pearl was murdered still resonates in the hearts of some people in this country, but it’s forgotten by most. And the lesson the world should have learned is that the terrorists hated Israel, and because of that, they killed a Jew.

Pearl was lured into his capture because he wanted to give the terrorists an opportunity to tell their side of the story. He was murdered because he was a Jew. Except for Jewish media, most secular media reported his last words but explained that his head was hacked off because he was an American. Based on his final words, it wasn’t what Daniel Pearl thought.

Sadly, Daniel Pearl’s murder is relegated into the deep crevices of our collective memories. It is also sad that many among us view the man who hacked off Pearl’s head, Khalid Sheikh Mohammed, is considered a martyr by liberal Americans because he was blindfolded and showered with water–they complained his treatment was torture. They remembered the killer was waterboarded but do not remember his act of brutally murdering this American Jew, leaving his wife a widow, and causing his son (who was born months after his death) to has grown up without his father.

I ask you…which one act was real torture, waterboarding the man who murdered Daniel Pearl or having one’s head hacked off with a knife? And by knife I do not mean the swift executioner’s blade, but Daniel Pearl’s head was literally cut off with back-and-forth movements as one would slice off a piece of steak.   I also ask why didn’t people speak out that their TV news? downplayed that a reason Daniel Pearl was murdered was his Jewish faith and his connection to Israel.

At the time of Pearl’s murder, U.S. ambassador to the United Nations, Samantha Power, tweeted a message that seemed to indicate that it was Pearl’s fault:

“Daniel Pearl’s story is a reminder that individual accountability and reconciliation are required to break cycles of violence.”

Powers was forced to take down the tweet but received no punishment.

Four years after Daniel Pearl’s murder, his dad, Judah Pearl, wrote an op-ed for the newspaper his son wrote for The Wall Street Journal:

“One of the things that sadden me most is that the press and media have had an active, perhaps even major role in fermenting hate and inhumanity. It was not religious fanaticism alone.

This was first brought to my attention by the Pakistani Consul General who came to offer condolences at our home in California. When we spoke about the anti-Semitic element in Danny’s murder she said: “What can you expect of these people who never saw a Jew in their lives and who have been exposed, day and night, to televised images of Israeli soldiers targeting and killing Palestinian children.”

“At the time, it was not clear whether she was trying to exonerate Pakistan from responsibility for Danny’s murder, or to pass on the responsibility to European and Arab media for their persistent dehumanization of Jews, Americans and Israelis. The answer was unveiled in 2004 when a friend told me that photos of Muhammad Al Dura were used as background in the videotape of Danny’s murder.”

Al Dura, readers may recall, is the 12-year-old Palestinian boy who allegedly died from Israeli bullets in Gaza in September of 2001. As we now know, the whole scene is very likely to have been a fraud, choreographed by stringers and cameramen of France 2, the official news channel of France. France 2 aired the tape repeatedly and distributed it all over the world to anyone who needed an excuse to ratchet up anger or violence, among them Danny’s killers.

The Pakistani Consul was right. The media cannot be totally exonerated from responsibility for Daniel’s murder, as well as for the “tsunami of hate” that has swept the world and continues to rise.

Many do not understand that from the day the faith was created, Judaism was a nation of people with the same faith. Because of their faith, the Jewish nation was ordered to live on the land that what is now called Israel,

And the Lord said to Abram, “Go forth from your land and from your birthplace and from your father’s house, to the land that I will show you.” [That land is now called Israel.] “And I will make you into a great nation, and I will bless you, and I will aggrandize your name, and [you shall] be a blessing.”

However, much of the mainstream media, even reporters who observe the Christian or Jewish faiths, separate Anti-Zionism and hatred of Israel from Antisemitism. For those who don’t understand Zionism, it is simply the belief that the Jewish nation should have a state in its eternal homeland (Israel).

Judah Pearl mentioned the Al-Dura case. The American media rushed to make that story a lead story in the mainstream media. It was a cause of the second intifada leading to the deaths of Israelis and Palestinians. But the hatred went beyond the Middle East. Antisemitism rose across the Western World, leading to attacks and murders of Jews such as Daniel Pearl. The MSM kept showing the pictures of the boy hiding behind his father as they were supposedly shot by the IDF.

The media didn’t investigate the Al Durah story as they would do with other stories. Eventually, the whole tape was found. It showed that the entire incident was a set-up, a false slander of the Jewish nation using Israel as their excuse. 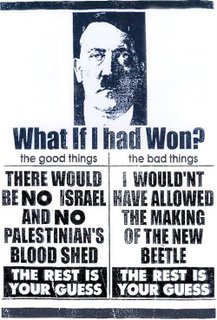 the UN recognizes that anti-Zionism is Antisemitism because they use the term interchangeably. The 2001 UN World Conference against Racism, Racial Discrimination, Xenophobia, and Related Intolerance in Durban quickly became a disgusting display of Antisemitism and anti-Israel Propaganda. It is there that the “Durban Strategy” was formulated, delegitimizing the Jewish State via branding it as a racist entity. Copies of the anti-Semitic work The Protocols of the Elders of Zion were sold on conference grounds; fliers depicting Hitler with the question, “What if I had won?” were circulated among conference attendees.

“Durban simultaneously hosted a UN conference of non-governmental organizations (NGOs). According to the UN, the NGO conference aimed to publicize the “voices of the victims.” In this forum, the Jewish Caucus proposed that Holocaust denial and anti-Jewish violence caused by Jewish support for Israel be labeled forms of antisemitism. The proposal was almost unanimously defeated. Anne Bayefsky, an NGO participant and a representative of the International Association of Jewish Lawyers and Jurists, commented. “

“The only group that voted for it was the Jews. Of all the ‘voices of the victims’ put into the resolution, only one voice was deleted – the Jewish voice.”

Rep Ilhan Omar (D-MN) made statements displaying her belief that there was no difference between Antisemitism and hate of Israel. For example, before she was elected, she tweeted that Israel had “hypnotized” the world. That’s an age-old anti-Semitic claim that Jews had the power of mind control. She used it against Israel.

In 2019 Omar used another anti-Semitic canard that Jews were rich. But she didn’t use it about Jews, her words were slander against Zionism the belief that the Jewish nation should have a state in its eternal homeland (Israel). Omar described the Congressional support of Israel by tweeting, “It’s all about the Benjamins baby.” Some Congressional Jews refused to believe that Omar’s statements about Israel were anti-Semitic. For example, Rep. Jerrold Nadler (D-NY) blamed the GOP, and Sen. Chuck Schumer (D-NY) was silent as he usually is about anti-Semitic acts.

There are too many other examples to list here. But the key lesson which is still ignored is that most people don’t understand that haters of Israel are really expressing their Antisemitism.

May God continue to comfort Daniel Pearl’s bereaved family, and may his memory always be for a blessing.

And may people remember what God said to Abraham. The Jewish people are a nation, which addressed that the hatred of Israel or Zionism is Antisemitism. 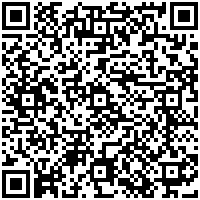