In the universal contest between the blues and the reds, one side will invariably win, the other lose.

When the reds win, it’s not easy or comfortable for the blues.


It’s a phenomenon known to us all – being on the losing side.

After the most arduous, contentious, long running and unusual municipal election campaign in Beit Shemesh, the chips fell where they did last night – and the incumbent mayor Moshe Abutbul was re-elected, if by a wafer-thin margin of several hundred votes.

My man, Eli Cohen, called Moshe Abutbul to congratulate him on his victory, and Eli acknowledged his defeat with dignity.

I also congratulate Moshe Abutbul and his many many supporters in Beit Shemesh on their victory.

They worked hard, played hard, and they should enjoy their victory!

I feel like the morning-after-the-night-before – a bit dazed, tired and yes, of course, disappointed.

Someone who experiences defeat without any pain (sadness, dismay, disappointment) is simply not human.

A defeat should involve a process of autopsy, analysis, to work out what went wrong, what could or should have been better or different, and hopefully work out an improved game-plan for next time one is involved in a contest or competition.

There’s a balance between picking oneself up, dusting oneself off, determinedly moving on with other day to day challenges – while nevertheless taking the time to do the internal accounting process. 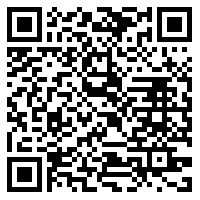