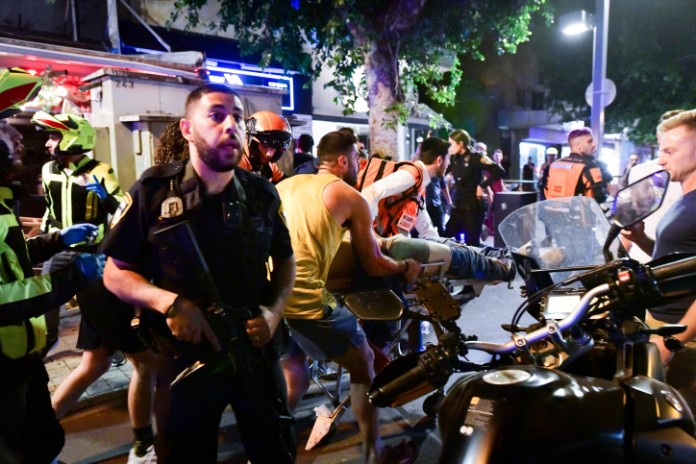 I want you to be angry today.

I want you to feel this way, because there is a crime going on in the world today – a purposeful and malicious crime that is being perpetrated against the Jewish people.

It affects me – my family, my friends, my people, my homeland.

Last night, we bore witness to the savage brutality of some of the Arabs who are occupying our Jewish land. Because once again, just as they have before, they entered one of our most precious and holiest sites, Joseph’s tomb, and desecrated it. They smashed the tombstone marking his grave and they set multiple fires onsite. Joseph is one of the most important figures in Jewish history. You can read about him in the Torah. He is precious to us and when the Children of Israel left Egypt to return to the Holy Land of Israel, they brought with them Joseph’s bones so that he may be buried in his ancestral land. And what those savages did is disgraceful on so many levels – not just against Jews, but against history itself.

Anyone who values history, values humanity, values our world – should be disgusted by this and yet the world remains silent on these crimes against the Jewish people – because in their eyes, we are illegals in our own land – a land in which each grain of sand contains our history, our ancestors, our stories.

The farcical organisations who consider themselves custodians of history, are nothing more than a gang of fraudulent imposters, organisations like UNESCO, a group dedicated to the preservation of history, yet, not only ignores ours, but spins a fake narrative of pretending our land belonged to a fictitious Arab entity called ‘Palestine’ that didn’t even exist until it was invented in the 1960s.

But it’s not just our past under attack. It’s our present too.

14 Israelis have been murdered in the streets these past couple of weeks by organisations that international bodies are scrambling to give a state to – carved out of Jewish land. And those barbarians that are murdering our people are getting paid to do it.

So, I ask how can any rational person who has even a semblance of morality not condemn the entity of the Palestinian Authority who reward their citizens financially for murdering Jews in the street?

Stop for a moment and think about that… It is more beneficial to murder innocent people than to get a job.

Is this the kind of sick society that deserves a state?

Meanwhile, in the bizarre world of the so-called international community, that corrupt waste of time cult group called the United Nations Human Rights Council continues to pass a series of anti-Israel resolutions based on really strong foundations and truth like fairy dust and unicorns, along with appointing an ‘objective’ commission into Israeli ‘war crimes’ lead by an ‘unbiased’ chairperson Navi Pillay, who called Israel an ‘apartheid state’ that should be boycotted. So, to clarify, an avowed Jew-hater is going to investigate fictitious Israeli ‘war crimes.’

Any guesses what the outcome will be?

Meanwhile, a leader of their fellow demonic cult group, Amnesty International, Paul O’Brien, says that Israel ‘shouldn’t exist as a Jewish state.’ With that in mind, I’m sure it came as a complete surprise that Amnesty International also found Israel to be an ‘apartheid’ state!

Meanwhile, while all these social justice warriors fight for freedom, antisemitism around the world continues to grow at an alarming rate. Attacks against Jews physically and verbally continues in every corner of the world. In New York, a 21-year-old Chassidic man was attacked by a group of assailants who punched and kicked him, even while he lay defenceless on the ground. In New York, there were 81 hate crimes against Jews between January and March this year. Last year there were 20.

Meanwhile, in France, a Jewish man was killed by a tram, after being chased by a gang who had reportedly launched an attack on him after noticing his kippah.

Every single day you can see footage and reports of Jews being attacked, yet Amnesty International remains silent. It refused one such campaign in Britain, saying it battles all discrimination and would not single out individual groups. And yet… the same logic doesn’t apply when attacking Israel while ignoring China and Russia and the Arab world….

If you’re looking for a word to describe that, I believe it’s called hypocrisy.

And why is it that the honour of every group in the world is defended against ‘cultural appropriation, ‘racist’ attacks, ‘historical revision,’ except Jews? It seems every attack against Jews, our history, our culture, and nationhood and our country is permitted.

And if you’re looking for a word for that, I believe it’s called Jew-hatred.

But I wish I could say all Jews were united in this, but they’re not. There are many Jews whose minds are so warped with the desperation of being ‘accepted’ that they’ve traded every single Jewish value they have in the hopes of being included in the far-left agenda of wokeness. One example of this is the Tzedek Chicago synagogue which has voted to adopt anti-Zionism as a “core value.” So in other words a Jewish community without Israel, which is kind of like an ocean without water, or a forest without trees.

I ask you… is there anything in this world more pathetic?

And that is not an overreaction but rather the precise reaction we should all have. 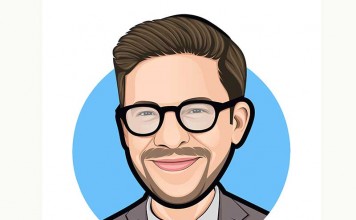 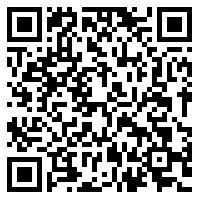