Thank you for Dr. Paul Brody’s wonderful article about Rabbi Ephraim Wolf on the occasion of his thirteenth yahrzeit (In Memoriam, March 17).

My father, z”l, who was a classmate of Rabbi Wolf, related the following story:

The comedian Alan King would from time to time daven in the Young Israel. On one such occasion Rabbi Wolf greeted him with a friendly “Good Shabbos” and then said, “Mr. King, it’s so nice to see you; we would love to have you here more often.”

King replied, “I would love to, but you know, every time I come I see and hear people pointing and saying ‘There’s Alan King’ and it disturbs the whole davening.”

To which Rabbi Wolf countered, “Believe me, if you came more often, people would stop staring and pointing.”

I am (for the most part) a “conservative” in my political beliefs. As such, I generally support smaller government, a cap on spending, reduction of the burgeoning national debt, etc.

However, I strongly believe that pursuit of these worthy goals must not be done at the expense of the vulnerable – children, the elderly, the poor, the sick, and the disabled.

These are helpless citizens. Targeting them in order to “balance the budget” is a moral absurdity.

We should be “frugal” but we must hold to our cherished moral traditions.

We must recognize morally valid priorities.

Standing Up To The UN

Unfortunately, it is impossible to change the UN’s bias against Israel, which is driven by Muslim nations. However with the aggressive stance taken by UN ambassador Nikki Haley, the behavior of at least some UN member states may at least be modified.

For too long the U. S. has been a patsy for the UN, ignored and disrespected despite its massive financial contributions. The U.S. should call the UN’s bluff by declaring, in no uncertain terms, that if it wants funding it can go to the Arab states that have conducted a decades-long vendetta against Israel.

The recent passing of Pulitzer Prize-winning journalist Jimmy Breslin at age 88 was a sad day for journalism. He was one of the last old-fashioned “man of the people” reporters.

Breslin’s passing reminded me of a great idea for New York City put forward by the Norman Mailer/Jimmy Breslin duo when they ran, respectively, for mayor and city council president in 1969. They proposed making New York City the 51st state.

Nearly half a century later, the idea still resonates, considering the jarring imbalance of their tax dollars going to both Albany and Washington versus how much state and federal assistance is received in return.

With a population of 8,500,000, New York City would be the 12th most populous state. As a state, New York City would send two U.S. senators and twelve members of Congress to Washington. Over time, the growing seniority of our congressional delegation could ensure a more equitable return of federal assistance to the city-turned-state.

I am troubled (I could use a much stronger term) by those who think everything has a spiritual message.

This week’s example is matzah, that hard, tasteless excuse for bread that we eat on Passover. Why do we eat matzah during that period? There are two explicit reasons. First, matzah is referred to as lechem ani, a poor man’s bread. The message is clear. If the Jews had not been not poor slaves in Egypt, they would not have eaten matzah. They would have eaten bread.

Yet there are those who try to argue that matzah is superior. They go so far as to claim that the process of clearing out leavened bread or chametz is somehow similar or analogous to cleansing one’s soul and repenting.

But repentance has two requirements that are hardly similar to the search for chametz. If one eats pork and says/thinks “I will eat pork today and repent tomorrow,” his repentance is not acceptable. Clearly, though, everyone who buys chametz in the weeks and months before Passover has the intention of getting rid of the leftover chametz the day before Passover. Thus it is the opposite of acceptable repentance.

Likewise, if you repent having eaten pork as you plan your next pork order, or with the clear intention of buying pork the next day, your repentance is not acceptable. Yet everyone who is cleaning his house of chametz, who does a search for chametz the night before Passover, has a very obvious intention of once again buying chametz right after the holiday.

Thus the removal of chametz, on both grounds, is not comparable to removing sin. So what is it? Simple. It is the physical removal of something you are not allowed to own for eight and a half days.

Imagine any rabbi’s reaction if I were to say, “I have committed a grievous sin. For repentance, I’ll have my cleaning lady fast. And not only that, I’ll also have the cleaning lady say the proper repentance prayers and maybe even Psalms.” Who would accept that as repentance?

One could go further. It is a simple principle of logic that if you have a choice between A and B and you choose A, then A must be at least as good as, if not better than, B. During the rest of the year we all typically have a choice between bread and matzah. When it comes time to wash over bread (challah) or matzah on a Friday or holiday (non-Passover) night, most of us regularly pick bread. And that observation applies to great rabbis as well as common folk.

Indeed many people keep a box of matzah in the house as a backup – if there’s a snowstorm and I can’t get out to buy challah, I can still use two matzahs Friday night. That again is proof that bread is superior to matzah.

Harold A. Marks
(Via E-Mail) 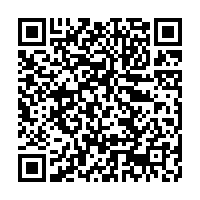