When Netanel Paley found out he was chosen to compete on Jeopardy! he ran up and down the stairs of his school library in excitement. As a long-time fan of the game show and a lover of trivia, Netanel was finally able to realize his dreams while also representing his school, Yeshiva University, in the Jeopardy! College Championship.

A big goal for Netanel was making a good impression and normalizing people’s perception of Orthodox Jews. Donning a blue kippah and a YU sweatshirt while competing, Netanel hoped to show the world that it’s possible to be well versed in Torah and secular knowledge, embodying his school’s motto of “Torah Umadda.”

It all began when Netanel decided to sign up for notifications of upcoming tryouts. After taking an online test, he was invited to audition. Telling only close friends and family, Netanel headed for a hotel in Times Square on Hoshana Rabba, where he participated in a mock game show, took a 50-question written quiz, and engaged in a two-minute interview. “I felt pretty good after the audition,” Netanel admitted. His efforts were rewarded when he received the confirmation call.

“I was really, really excited to get the call,” Netanel said – though he almost didn’t pick up because he thought it was a telemarketer. Soon after, Netanel began to hit the books, studying literature, history, geography, and pop culture in order to prepare for filming. In his typical studying style, he crammed the week before, memorizing hundreds of facts until the very first day of the competition. To get some advice, Netanel contacted a past contestant on Jeopardy! who told him to relax, have fun, and make up a funny answer if he couldn’t think of the right one.

After stocking up on peanut butter and jelly sandwiches because he forgot to request kosher meals, Netanel was finally ready to compete in the Los Angeles Sony Studios. Though no stranger to competition, due to his success in national geography and spelling bees, Netanel felt the pressure to do well.

“The stakes were definitely higher,” Netanel explained. “It was really nerve-racking to be up there so I didn’t really have high expectations. Instead I was just going to try to have as much fun as possible.”

The Jeopardy! College Championship is a tournament held each season in which undergrad students from all over the country compete. It features 15 contestants in groups of three participating in quarterfinals, semi-finals, and a final competition.

Netanel was one of the first contestants to film in the quarterfinals (it aired February 13), along with Esteban Fernandez, a freshman at San Francisco State University, and Lilly Chin, a senior at MIT.

Excitement filled YU as students formed watch parties. Netanel hosted a party of his own at the Teaneck Doghouse, surrounded by friends and family. Viewer Ari Tepler told The Commentator, “You certainly felt the energy and excitement from almost everyone, cheering for Netanel when he answered correctly. It was palpable and definitely an exciting atmosphere.”

After host Alex Trebek introduced the three players, the show began. Netanel got off to a rough start in the beginning, getting two questions wrong and scoring a negative $800. “I was very nervous with the buzzer and my hand was shaking during the first round.”

But he quickly regained his confidence by getting the next few questions right, earning his points back. He faced fierce competition from competitor Lily and ended the first round in a tie for second place with Estaban.

Following a commercial break, Trebek interviewed each contestant. After introducing Netanel as a senior at Yeshiva University with a major in Biology, Trebek asked about his pro bono work for a worthwhile charity. “I perform music for seniors and children in hospitals and nursing homes. I sing a little bit and I play guitar and piano,” said Netanel about his participation in the Yeshiva University club, “Music V’S.”

After introductions, the competition continued with Netanel racking up an impressive number of points. Still, Netanel was behind Lily, who showed herself to be an extremely good competitor.

When the final category was revealed, viewers laughed as they discovered it was “Books of the Bible,” a seemingly perfect question for Netanel and his background. Netanel thought so at first too, but sobered up quickly when he realized the question could revolve around the New Testament as well.

The question flashed on the screen: “It begins with God saying, ‘Take yet the sum of all the congregation of the Children of Israel.” Thankfully, the answer was Book of Numbers, which Netanel guessed correctly, bringing him up to the high score of $18,000.

Unfortunately, Lily scored highest with a score of $24,000 (Esteban ended with no money, after betting all his savings on an incorrect answer).

Even though Netanel came in second place, it was announced on Friday that he was still going to advance to the semifinals as one of four wild cards – contestants who scored the highest out of the “non-winners.”

Since taping, Netanel has kept in touch with his fellow contestants on a Facebook message group where they talk about the competition and how they’re perceived online. “People on Twitter were saying how they don’t like my side curls,” Netanel joked.

At school and around his community, Netanel feels like a bit of a celebrity with people approaching him about his success and asking why he didn’t bet higher on the Bible question.

The show will continue to air this week, with the winner being revealed on February 24. Though Netanel can’t reveal his standing in the competition, he did say that he would love to spend the money on charities, some travel, and of course, his student debts.

“Overall this was a really humbling experience and I’m so happy and grateful,” he said. 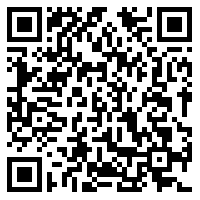