Israeli analysts have warned that the Jewish state could be flooded by refugees from neighboring Jordan and Syria. They said the expansion of Islamic State of Iraq and Levant threatens to spark an exodus of hundreds of thousands of Arabs.


“In a region of collapsing countries that are in states of internal and external war, Israel must prepare for waves of immigrants from Arab countries to its territory, which may endanger its existence,” the analysts, Arnon Soffer and Anton Berkovsky, said.

In a report for Haifa University, the two academics said the wave of immigration already threatens Jordan. The report raised the prospect that ISIL would capture large parts of the Hashemite kingdom.

The wave of refugees could also be triggered by the severe water shortages in Syria. So far, the biggest recipient of the Syrian exodus has been Jordan, said to have absorbed 1.5 million refugees.

“The Jordan of 2014 presents a new ethnic, national mosaic that has completely changed the previous balance of power in the kingdom,” Soffer said. “We need to keep in mind that some of the refugees are infiltrators from extremist groups such as ISIS [ISIL]. Others are in such a bad state that it makes it easier for radical groups like those to recruit them,” Soffer, a professor at Haifa University, has been one of the most prominent demographers in Israel. Over the last 30 years, Soffer has repeatedly warned that Israel’s Jewish community would become a minority because of a high Palestinian birthrate.

In the study, Soffer and Berkovsky listed three scenarios, the worst of them being an ISIL takeover of Jordan. He said this would trigger the flight of hundreds of thousands of refugees into Israel.

“As such, Israel needs to prepare as soon as possible for new waves of
immigrants in addition to those who have already entered Israel, and mainly
for Palestinians and Arab immigrants from Syria, Jordan, Iraq and Lebanon,”
Soffer said. 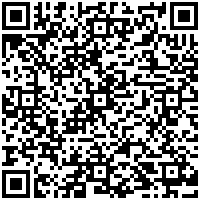