Sunday’s airstrike on targets in Syria, purportedly carried out by Israel, was unusual for a number of reasons. First, it occurred in broad daylight, as opposed to hundreds of other strikes in which the Israeli Air Force has preferred to use the cover of darkness.

That suggests that the target was likely an Iranian attempt to deploy highly advanced weapons, and that it appeared to have required an urgent response that could not wait for nightfall.

Whatever was hit by Israel in Syria may have belonged to a category known as “time-critical targets,” which means that they are visible one moment, and out-of-sight or out-of-strike access the next. That could mean that imminent plans were in place to move the target to a place where it would be harder to strike.

The Bashar Assad regime, for its part, released face-saving rhetoric, claiming that its air defenses “thwarted Israeli aggression.” These claims are doubtful and seem to be aimed at avoiding embarrassment.

The other unusual and explosive aspect of this incident came in the form of the response from Syria. As Israeli skiers slid their way down the snow-capped Mount Hermon in the Golan Heights, they suddenly saw twin smoke trails in the sky, created by two Iron Dome missile-defense interceptors rushing to protect Israeli airspace from a threat. The startled skiers raised their phones to capture an Iron Dome interception of a rocket attack on the Hermon. 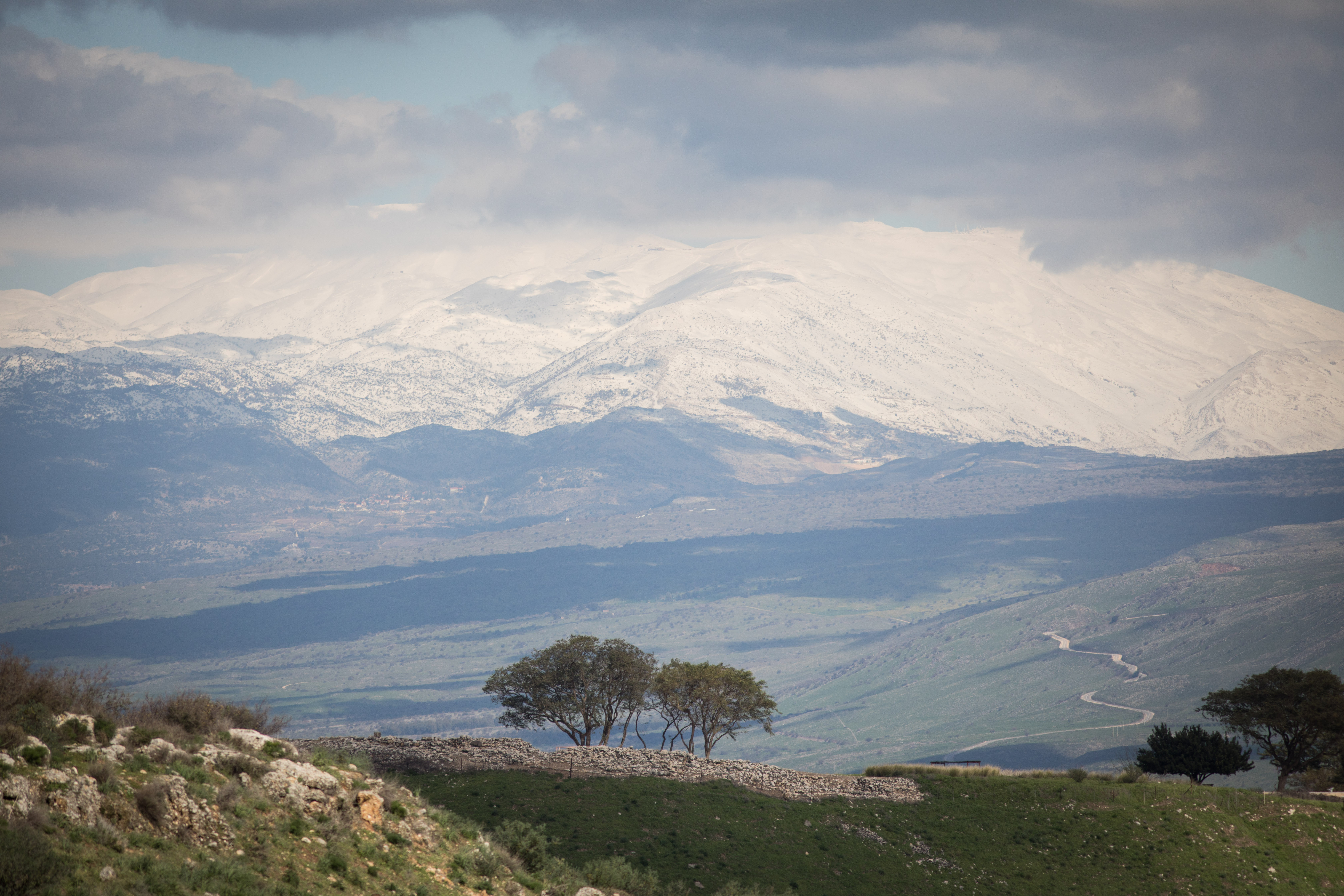 View of the snow-covered Mount Hermon in the Golan Heights in northern Israel on Jan. 18, 2019. Credit: Hadas Parush/Flash90.

It remains unclear whether the Syrian military fired that rocket or whether it was the Iranian Quds Force, a unit of the Revolutionary Guards, which has been seeking to establish a foothold in southern Syria. What is clear, however, is that this attempt to retaliate to the alleged Israeli airstrike represents a severe escalation that targeted an Israeli holiday site filled with vacationers. The successful Iron Dome interception may have prevented a disaster and averted a major conflict.

It allowed Mount Hermon region to operate as normal, and no special instructions were issued to northern residents in general. This illustrates just how quickly events in northern Israel can escalate and how deceptive the daily routine is. The source of all of this tension is Iran’s determination to build a war machine in Syria, and Israel’s steadfast determination to stop it.

Israel seeks to minimize risks of escalation when it strikes Iranian targets in Syria, while also assuming that whatever these risks are, they will be smaller than the risk of allowing Iran to build a second war front on Israel’s northern borders alongside the first one: Hezbollah in Lebanon.

The alleged Israeli airstrike also represents the first under the newly appointed IDF Chief of Staff, Lt. Gen. Aviv Kochavi. As the former head of the IDF’s Northern Command and the ex-commander of the Military Intelligence Directorate, Kochavi has played a central role in Israel’s large-scale preventative campaign against Iran in Syria in recent years. And he looks set to continue with it as chief of staff.

Despite growing Russian pressure and the return of the Assad-run Syrian state following the end of the eight-year civil war, Israel’s “war between wars” against Iranian entrenchment shows no sign of stopping.

The last time that Israel was known to strike the Damascus airport was only eight days ago, when an explosion destroyed a warehouse apparently containing Iranian-produced Fajr-5 rockets, according to the Image Sat International company.

Russia has shown its displeasure over such strikes and has been trying to pressure Israel into rolling them back. According to one recent report that appeared in the London-based Al Quds Al Arabi newspaper, Moscow even told Jerusalem that attacks on the airport in Damascus must stop.

It remains unknown whether Russia is applying equally heavy pressure on Iran to scale back the very activities that attract Israel’s firepower in the first place.

While the Israeli and Russian governments appear to be in partial disconnect, the militaries of the two countries have received approval to hold a series of working meetings. Such meetings took place on Jan. 17, when a delegation of senior Russian military officials visited Israel, and met with the head of the IDF’s Operations Directorate, Brig. Gen. Yaniv Asor.

The IDF said that the meetings were held in a “good and professional atmosphere,” and advanced the cause of preventing “friction between the two militaries in the northern arena, and [in the midst of] the IDF’s activities against Iranian entrenchment and the arming of Hezbollah in Syria.”

The fact that the two militaries are communicating again is good news. It does, however, lift the veil of uncertainty over where events in Syria are headed. The Hermon rocket attack and daylight airstrike on Damascus point to the direction of higher risk-taking.

In 2018 alone, the Israeli Air Force fired some 2,000 munitions at targets in Syria and effectively stopped Tehran from taking over the country.

The coming year will be a crucial junction in deciding whether this shadow war will continue, die down or erupt into the flames of a regional war.