Who doubts that Israel has always believed in peaceful co-existence with Palestine? All Israel has required is a demilitarized Palestinian state which recognizes Israel as the Jewish state and a unified Jerusalem under Israel sovereignty with guaranteed access for all to all Holy sites. Recently, Israeli Prime Minister Benjamin Netanyahu said in his speech to the United Nations General Assembly : “I am prepared to immediately resume direct peace negotiations with the Palestinian Authority without any preconditions whatsoever.”

Sadly, Palestinian politicians are indifferent. In their view, Jews can be no more than ahl al-dhimmi, a protected but subordinate religious minority under the protection of Muslims, and not a sovereign people equal to the Muslim Palestinian state and its nationals. They refuse to recognize the Jewish State of Israel .


Knowledgeable sources say some so-called moderate Palestinian politicians apparently talk of peace and their commitment to the 1993 Oslo Accords and its stated commitment to a two-state solution. But simultaneously, these politicians incite anti-Semitism and violence to eliminate Israel. The Palestinian Authority (PA) has at times dubbed Jews as “ apes and pigs” intent upon destroying the Al-Aqsa Mosque on the Temple Mount. PLO Executive Committee member Mahmoud Ismail has declared that the settlers’( Jews ) presence is “illegal” and every measure taken against them is “legitimate and legal,” a “national duty.”

The sources say many Palestinian youths have of late indulged in violence against Jews in the West Bank city of Nablus. The terrorist outfit Hamas has declared yet another “Day of Rage’” against Israel. But Palestinian President Abbas has done little to stop such violent activities. He cunningly avoids calls for  a new intifada (organized terror) but instead calls for a “popular uprising” ( legitimate protest ).

Abbas does things that worsen the situation. At a public celebration some time back, he gave a heroes’ welcome to the last group of prisoners on their release by Israel. All but two of the 26 freed prisoners had been serving lengthy or life prison terms for murdering either Israelis or Palestinians accused of “collaborating” with Israel.

He gave a posthumous award to Abu Jihad, who as head of the PLO’s military wing was accused of planning attacks in which 125 Israelis were killed. He called Jihad “the model of a true fighter and devoted leader.” In 2010, Abbas gave a military funeral to one of the key planners of the PLO’s terrorist attack targeting Israeli athletes at the Munich Olympics in 1972.

In September this year Abbas said, “every drop of blood spilled in Jerusalem is pure, every shaheed [martyr] will reach Paradise, and every injured person will be rewarded by God.”  During a speech broadcast live on Palestinian television in October, Abbas accused Israel of “attacking holy places” and said the Palestinians “will not agree to the continuation of the situation on our lands, nor to the policy of occupation and aggression of Israel and its settlers who are terrorizing our people, homes, trees, holy places and who execute our boys in cold blood… in Jerusalem and other places … Al-Aqsa is our right as Palestinians and as Muslims and no one else has a right there.”

At the United Nations Human Rights Council in Geneva this year, Abbas claimed all of Israel to be occupied Palestinian territory. He said, “ For how long will this protracted Israeli occupation of our land last? After 67 years [i.e., Israel’s creation], how long?”  Anyone can understand what he meant by this reference to 67 years: It was the time of Israel’s founding in 1948, not the Six Day War in 1967, when Israel assumed control of the West Bank and the Gaza Strip.

The sources add the recent terror attacks throughout Israel have largely been the work of Hamas. Abba’s Fatah party has praised those who carry out violence against the Israelis. The barrage of rockets has been fired by the Islamic Jihad from the Gaza Strip at Israeli communities or by the Fatah military wing Al-Aqsa Martyrs Brigade.

Given this background I wonder why some important world leaders still keep praising Abbas . During a meeting at the Vatican this year Pope Francis praised Abbas as an “angel of peace.” During his 2014 visit to the West Bank the Pope called him (and then Israeli President Shimon Peres) “men of peace.”

I am afraid such false praises can never promote peace in the region. All world leaders must condemn the so-called moderate Palestinian leaders and prevail over them to accept the Jewish state in practice and stop any incitement against it. President Obama must take the lead. Recently, members of the U.S. House of Representatives have unanimously passed a resolution condemning the Palestinian Authority’s incitement against Israel. Ranking Member of the Middle East and North Africa subcommittee of the House Foreign Affairs Committee Ted Deutch (D.) said that the terror attacks are a “direct result of incitement by Palestinian leaders” who spread lies that Israel is changing the status quo on the Temple Mount. He added , “These false accusations send a dangerous message that violence and acts of terrorism are acceptable and even justified.” The American President, too, must not shield any culprit in the case . . . 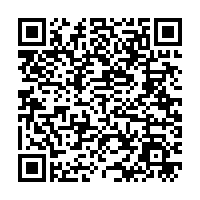