This week Israel bombed a site in Syria, from Lebanese air space. This was the so-called Scientific Studies and Researchers Center in Masyaf, a city in central Syria, and it was hit because it is a military site where chemical weapons and precision bombs are said to be produced. Israel had made clear in a series of statements in the last six months that such a facility in Syria producing such weapons for use by Hezbollah against Israel would not be tolerated.


I was reminded of 2007 and 2008, when Israeli officials repeatedly told me and other American officials that the rocketing of Israel by Hamas in Gaza was intolerable. If it does not stop, they said, an operation is inevitable. They meant it, and the result was Operation Cast Lead, which began on December 27, 2008. We in the Bush administration had been given fair warning.

Today again, Israel has given the United States fair warning that there are limits to what Israel will tolerate in Iranian conduct and the Iranian presence in Syria. Israel has long intervened, perhaps 100 times over the years, to stop advanced weaponry from being transferred by Iran to Hezbollah in Lebanon. Those were moving targets: caravans of trucks carrying such weaponry. But this week there was a stationary target, and I imagine the decision to fire from Lebanese air space was also a message—to Iran, Syria, and Lebanon.

On August 23, Prime Minister Netanyahu visited Vladimir Putin in Moscow. The goal, I believe, was to tell Putin certain actions by Iran in Syria would be intolerable, and to ask him to restrain Iran—his ally in Syria. Putin’s reply was negative. In effect, he told Netanyahu “I’m not restraining you and I’m not restraining them. Not my job. Take care of your own security.” Having learned that there would be no help from that quarter, the Israelis acted. The Russians seem not to object: Netanyahu is doing what he said he would do, and what Putin would do in a similar situation.

Israel is also acting in part because the United States does not seem willing to restrain Iran in any serious way in Syria. We are doing less, not more, while the Assad regime’s forces and Iran’s gain ground.

Some news stories have suggested that war between Hezbollah and Israel is very likely now. In my view, the chances may have risen but I do not see why it is in Hezbollah’s interest to start such a war now. They are deeply involved in Syria, and they—and Iran—appear to be gaining ground steadily. Why start a war that may well involve Syria as well, with unpredictable effects on the conflict there? Why not continue making gains in Syria, and consolidate those gains?

Bottom line: Israel is protecting its security, exactly as it has been telling the world it would. Israel’s strategic situation has been seriously damaged in the last several years because there is now an Iranian presence in Syria. The Israelis are not going to go into Syria and try to drive Iran, the Shia militias, and Hezbollah out, but they are trying to establish some limits to acceptable Iranian behavior.

In my view this ought to be part of U.S. policy in the region as well. We do appear to have taken control of the Bab el Mandab strait leading to the Suez Canal, making it clear that Iran would not be permitted to threaten shipping there (on the seas or via missiles supplied to Houthi rebels in Yemen). We have not stopped Iran from threatening our ships in the Gulf. Candidate Trump said a year ago that “by the way, with Iran, when they circle our beautiful destroyers with their little boats and they make gestures that our people — that they shouldn’t be allowed to make, they will be shot out of the water,” but Iran has continued to do this after a brief pause right after Trump’s inauguration. And the administration has not clarified its policies in Iraq and Syria when it comes to limiting Iran’s provocative and aggressive behavior.

What lies ahead is unclear because we cannot predict whether Iran will decide that the limits Israel is imposing are acceptable. Iran could well conclude that it does not absolutely need to have factories producing precision weapons in Syria. Iran can continue as it has for years producing such weapons in Iran and trying to move them to Hezbollah by land or sea. What would be useful at this point, it seems to me, is a statement by the United States that we approve of the action Israel took, and that in the event of a conflict Israel would have our support in defending itself—for example by allowing the Israelis to have access to the stocks of weapons that we store in Israel. This is the billion-dollar stockpile of ammunition, vehicles, and missiles in the “War Reserve Stockpile Ammunition-Israel.” Such a statement might, like the Israeli bombing of the weapons factory in Syria, help persuade Iran and Syria to observe the limits Israel is imposing, and might help avoid a wider conflict. 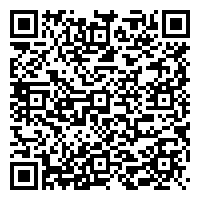