Following the Palestinians’ unilateral bid for statehood at the United Nations, many expect the Israeli government to announce their own large scale unilateral move. The Oslo Accords, signed between the Palestinian delegation and Israel in 1993, allow one side to respond with their own unilateral action if the other side decides engage in one first.

MK Yaakov “Katzeleh” Katz (National Union) is not waiting for the Israeli government to propose their own unilateral endeavor and has submitted to the Knesset a new piece of legislation that would allow Israel to annex the portion of Judea and Samaria known as Area C from the Oslo 2 agreement, signed in 1995.


Approximately 350,000 Israeli citizens live in Area C, a portion of Judea and Samaria which is currently under Israeli military control. The Israeli citizens who live in Area C currently do not enjoy the same legal status and rights that they would receive if the area was annexed. There are also between 56,000 and 150,000 Arabs living in Area C. Knesset Diaspora Affairs Committee Chairman MK Danny Danon (Likud) and Knesset House Committee Chairman Yariv Levin (Likud) have signed on as co-sponsors of Katzeleh’s bill.

Outside of the Knesset, Pinchas Polonsky is leading a new peace initiative involving the annexation of Area C which will target American politicians. The plan calls for promoting the strategy to Republican congressman and presidential candidates and would lead to a speech at the Republican National Convention in August. There are now more than a dozen Congressmen who have signed on to the objective.

The likely outcomes of the current attempts to annex Area C are not favorable, but it does signal the beginnings of a debate on the Israeli side about alternative unilateral moves. 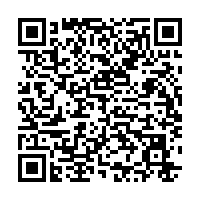