A recent report in Arabic media suggests that Israel has agreed to coordinate the IAF’s operations over Syria with Russia, and claims that Russia has warned Israel against conducting strikes in Syria in which Russian soldiers may be killed. Israel Matzav has the story here.


The reflexive inclination is to focus on whether this particular report is accurate, and what the narrow, immediate implications are. The big-picture implications, however, are actually much more important.

But let’s quickly address the first questions. The tone of the Arabic reporting, even in pidgin translations, is triumphalist against Israel, and we should exercise due skepticism of any particulars.

That said, the concerns reportedly raised by Russia are valid and reasonable, if Russia is going to be operating in Syria. The Arabic report is by no means unrealistic.

Russia probably did warn Israel of the grave concern it would be to Russia if an Israeli strike killed a Russian.

And the Russians could very well suggest, as a practical matter, that Israel not conduct uncoordinated air strikes in Syria from now on. Such a “suggestion” could be seen by interested partisans as a warning or an imposition on Israel, even if it was couched by Russia in the terms of a negotiating position. It wouldn’t be an open threat – but it would inherently be a veiled one.

Israel may be able to make some accommodations, even if they aren’t everything Russia suggests. If the IAF is blasting weapons convoys headed for Hezbollah in Lebanon, there might be room for avoiding Syrian territory, for the most part.

If any anti-Israel force – whether Hezbollah or another entity – is setting up firing positions north of the Golan, I don’t see Israel agreeing to ask permission from Russia to deal with that problem. Israel’s response, I have no doubt, would be: “Keep your men out of that zone, because we’re going to defend ourselves.”

That won’t be satisfactory forever, but I have no doubt the IDF and the Netanyahu government will sprint to get ahead of this problem. Fighting to defend Israel will become difficult unless the Israelis can enforce some amount of latitude in their arrangements with Russia.

That said, the long-term implications of this new condition – Russia in combat in Syria, and requiring fires coordination with other parties (the military term for deconflicting what non-enemies are shooting at) – are the real issue.

Look at the Arabic report again. However grandiloquent the language may be, one short translated passage from the original conveys the flavor of this the best. (Emphasis added.)

According to the source, quoting a Russian envoy that referred details of the meeting between Russian President Vladimir Putin and Israeli Prime Minister Benjamin Netanyahu, “the promenade era of Israel over the sky of Syria is ending.”

In this case, the important point is not what the details of a particular deconfliction agreement are. The point is that this has to be true. Russia is now on the ground in Syria. Russia, unlike Assad or even Iran, has the capability to enforce with Israel a requirement for fires coordination. Russia is motivated to do that. Therefore, the so-called “promenade era” for the IAF is over.

This means far more than the IAF not being able to strike at will on Syrian territory. It even means more than threats against Israel having room to grow inside Syria.

It means that Syrian air space, and some amount of air space beyond it, will be monitored, to a military level of awareness, targeting precision, and centralized coordination, by Russian forces. Russia will be able to have a veto – a latent veto, to be sure, but that’s what vetoes are: control by negation – over what the IAF might do.

Russia’s “look” from Syria – the capacities of radars deployed there – will be somewhat limited, of course, looking to the south. But another situation is developing that will vest Russia with a veto to Israel’s east.

I’ve written before, several times now, about the movement of Iran into central Iraq, under the pretext of needing to push back Islamic State forces. In beginning to open up a path toward Israel through this area, Iran will be consolidating territory, inch by inch, under Iranian control.

One of the things you can put on controlled territory is radar. Any territory controlled by Iran becomes territory from which the IAF can be monitored in military-level detail, and put at risk. And Iraq, of course, nominally has sovereignty over all the territory in question, and can put her own radars wherever she is able to.

Now, Russia has put together an intelligence-sharing network with Iraq, Iran, and Syria. The combined “headquarters” for this will be in Iraq. Nothing could more surely portend the joint monitoring of air space in both Syria and Iraq – which in effect means Russia will be watching across both natural air-approach axes between Israel and Iran. (See map 3 below for the full scope of the potential in this reality.)

Russia in the catbird seat

Of course, this doesn’t mean Russia will inevitably shoot down IAF planes. But in the coming months, it means Russia could react to an IAF attack wave, enough to interfere with the success of an attack against Iran’s nuclear installations.

Russia could do that even if Jordan, Saudi Arabia, and Kuwait all allowed Israel to operate in their air space. The potential of a Russian veto now sits astride the air approaches from Israel to Iran.

It wasn’t there a month ago; things have changed that quickly.

Russia never sees things in just one dimension. We can assume the Russians see everything I’m laying out here. Having this veto in their pocket makes the Russians the linchpin of what happens next – for all interested parties, not just Russia’s traditional clients (Syria and Iran). If Jordan and Saudi Arabia want to make way for an Israeli air attack, they’re going to have to know that Russia will allow it.

It’s a nice position for Moscow to be in.

Does Israel have options?

Israel has options. One is acting very, very soon, before the Russia-Iran coalition is able to organize early warning, anti-air targeting, and intercept assets to make the potential for a Russian veto a true “shut down” threat.

There’s some time left, if not much, because Russia and Iran still don’t have that “shut down” threat available for the more southerly approach (i.e., through or near central/southern Iraq, not using Syrian air space at all).

Another option is shifting yet more of any strike package against Iran to other forces besides the IAF strike-fighters. I assume the Israelis have been gradually doing that already, in their planning over the last decade.

Unfortunately, losing a robust strike-fighter option – i.e., not getting the F-15s in there in multiple waves – does mean accepting a reduction in the overall destructive effect of a strike campaign. I believe this would mean, specifically, not inflicting as much damage on less-hardened targets like the showcase facilities at Natanz and Esfahan, which are the best suited to tactical air strikes.

Shifting to other forces could also, of course, mean having to contemplate more seriously than ever before the option of using nuclear warheads.

I’ve ultimately disagreed with the conclusion of John Bosma, in his August article on this topic, that Israel has to be driven by the targeting problem itself to use nukes. But having the tactical-air option effectively closed off may drive Israel to do it anyway. This is the level of strategic seriousness to which Russia’s move into Syria and Iraq rises.

For the IDF, using other forces (and even using strike-fighters) may also include approaching Iran from other points of origin. I won’t develop that theme here; suffice it to say, Iran is acutely aware of such possibilities, and even paranoid about them. They aren’t unrealistic.

But they could become so, if Russia and Iran are left to collaborate in the region long enough. Again, only a month ago, Israel didn’t face the prospect of a Russian veto along the air approaches from Israel to Iran. Now she does. A Russian veto could develop on other axes of approach to Iran faster than we imagine.

Keep in mind: Russia, under her current regime, has no intention of letting Iran prosecute a campaign to bring the Shia apocalypse to the Middle East. That’s not Russia’s strategic vision.

But Russia will let everyone else’s interests come under threat in order to gain Russian power over the region. For the time being, Iran is a very useful partner in that Russian quest. If nothing else, the threat from Iran makes more and more countries (Egypt, Saudi Arabia, now even Israel) run to Russia for assistance.

“Carl in Jerusalem,” at Israel Matzav, is spot-on in this regard: the accelerating, negative trend of everything in the region is Obama’s legacy. The implications are no longer theoretical. They’re happening. 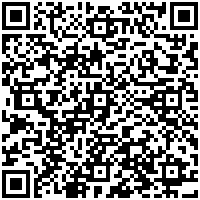