I don’t think I was the only American weirded out on Friday by the bizarre “dancing nurses” segment at the opening ceremony for the 2012 London Olympics.  There were lots of children wriggling in hospital beds, and seemingly hundreds of nurses prancing around dressed in the garments of yesteryear.  It wasn’t clear what the artist was trying to say – and then the letters “NHS” burst out in glittering lights on the field.

Oh.  This is about the National Health Service.

That realization was paired in my mind with the International Olympic Committee’s refusal to commemorate the 11 Israeli athletes killed by Yasser Arafat’s terrorists in Munich in 1972.  The IOC’s position is that it doesn’t want to “politicize” the games.

That position doesn’t hold up so well considering that 9/11 was commemorated at the opening ceremony of the 2002 Winter Games in Salt Lake City.  In 1996, at the Summer Games in Atlanta, the IOC had a moment of silence at the closing ceremony for the victims of the Olympic Park bombing.

In 2010, at the Winter Games in Vancouver, there was a moment of silence during the opening ceremony for Georgian athlete Nodar Kumartashvili, who had died in an accident on a practice run just before the games began.

So in recent years, the Olympic authorities have commemorated the death of an Olympic athlete and the deaths of others in terrorist attacks, with a moment of silence each time in an opening or closing ceremony.  And guess what?  Last night, in the Olympic stadium, the victims of the 7/7 terrorist bombings in the London subway in 2005 were commemorated as part of the opening ceremony.  Granted, it was hard to catch; a photo montage was projected into the stadium during a lull in the prancing and acrobatics, but there was little narration to call it out.  I didn’t even notice it, and had to be told about it afterward by others who had seen it.

It is jarring to think of passing references being made to the victims of terrorism, sort of as part of the entertainment, during an event-palooza dedicated to performance and revelry.  The reason we usually have authorities solemnly asking for a moment of silence, at a carefully separated, showcased point in the proceedings, is that that’s what is appropriate for commemorating tragedy and sorrow.

But it was clearly important to the British planners to mention their dead from the 2005 terror attack in the opening ceremony.  So they did it.  For forty years, including this Olympics, no one has incorporated a commemoration of the 11 murdered Israeli athletes into an official Olympic ceremony.  Yet Olympic authorities have been assiduous about commemorating others.  Their relentless, determined failure to commemorate the Israelis in the same way is a failure to acknowledge the common humanity of Israeli Jews.

The opening ceremony for the 2012 Olympic Games couldn’t have been more stuffed with politics if it had been a bell pepper.  The Republic of Taiwan was required to march as “Chinese Taipei,” although of course that is not what the Taiwanese call their nation.  There is no nation of Palestine, yet athletes walked under a “Palestinian” flag and were announced as “Palestine.”  The “quirky” performance segment of the ceremony involved numerous references to political events in the history of Great Britain, including, of course, the paroxysm of pagan worship, complete with cavorting women, for the National Health Service.  It was a really, really political night; if a commemoration for the murdered Israeli athletes might have been “political,” that would only have guaranteed that it would fit right in.

Watching the ceremony last night, I had a profound sense of sadness for the hollow revelry.  There was no dignified memorializing of the greatness, uniqueness, and courage of Britain’s past.  There was “irreverent, idiosyncratic” entertainment, and a very long segment of writhing self-abasement before the shibboleth of socialized medicine.

We seemed to be looking last night at a moment frozen in time before a great upheaval, like the last days of lingering sunlight before World War I.  A civilization based on entertainment and ritual political worship is headed for a fall.  But then, a civilization that singles out some humans, like Israeli Jews, to show less care for – less solidarity with – is a weak and unsustainable one.  Nothing else will go right with it. 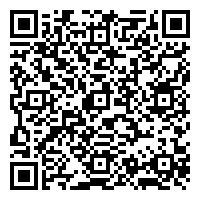