War without end. That is what the Obama Administration promises the U.S., Israel, and the Palestinians. If the current Obama-Kerry plan for an Israel-Palestinian deal is implemented, scores of Americans would likely die. This was revealed recently by Secretary of State John Kerry, particularly in a speech at the Saban Forum.


By the way, the Saban Forum Speech was made appropriately on December 7th, the anniversary of the Japanese attack on Pearl Harbor. The former head of the Saban Center has also been chosen as negotiator.

The Obama Administration plan is very simple, assuming that everything goes smoothly–which of course it will not.

According to the plan, the United States would gradually create and maintain the agreement by policing an independent Palestinian state. Israel would be protected by the U.S. forces, and Palestine would be protected from Israel by them. And that’s part of the problem, because the Palestinians would stage a huge number of protests against and complaints regarding Israel’s actions, likely demanding more concessions.

In addition, the Palestinians, particularly Hamas, would see the new Palestinian state as perpetually victimized. They would mobilize any Arab forces they could to back their complaints. It would be a nightmare. But what the wrong-headed people in the Obama Administration do not understand is that they would be under constant challenge. They do not understand that no matter what they say, Hamas, Fatah, Iran, Syria, al-Qa’ida, the Muslim Brotherhood, and the Salafists –and most likely Saudi Arabia–will never accept an Israeli state.

In other words, if Americans are on the ground, they will be targeted. Now the question is what will they do? Will they “protect” Israel? And what is the definition of protecting Israel? If Palestinians ignore that they are attackers, then it is a controversy. Israel does not deserve “protection.” And what about gaps in this protection or disagreement among the observers?

In his Saban speech, Kerry said, “…Our commitment to Israel’s security spurred the U.S.-Israeli development of ballistic missile defense technologies to keep Israelis safe from rockets and missiles. Those systems and newer technologies continue to protect Israelis from the range of threats that they still face today.”

What about a large stream of cross-border attacks? Will Americans attack Palestinians if they violate the agreement? May I point out that at various times Iraqi, Hamas, and Hizballah rockets have landed on Israel with no U.S. defensive action. Again, the most important point is not Iranian nuclear weapons but routine policing of a Palestinian state, not to mention Israel’s Lebanon-Syria border.

Are we to believe that American helicopters, airplanes, and ground soldiers would attack when the whole effort of this exercise had been to avoid military commitments? How many years would this neo-mandate continue? Will the United States intimidate certain countries if necessary? Remember that the United States didn’t even support the military government in Egypt. So will it defend Egypt in the Sinai, which is in cooperation with Israel?

The United States may suffer a great number of casualties over time. Note the 3,400 deaths of Western coalition soldiers in Afghanistan so far. Are Western forces willing to sacrifice more than 300 soldiers a year? In 2010, IED attacks in Afghanistan wounded 3,366 U.S. soldiers. And that was in just one year of the war. And of course Americans are going to accidently kill Palestinians, both fighters and unarmed civilians. As of February 2013, between 17,000 and 19,000 civilians died in Afghanistan. This then would create a blood-feud. And by the way, many of these people will blame Israel.

Think along the lines of Afghanistan. The U.S. has informed President Karzai that it is withdrawing its forces. Karzai is not happy with that, and he wants to reject the deal. Again, can Israel rely on American defense even if it accepts it? 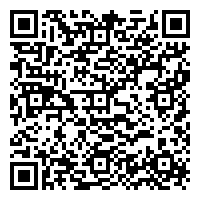