More than 30 years ago, I went to the Synagogue of Deal in New Jersey to interview Rabbi Yitzchak Dwek for a newspaper story. Rabbi Dwek ended up interviewing me:

Want to come to my wife and me for Shabbos?

Sure, when is that?

Long story short: I never got the story I’d gone there to get. Instead, I was introduced to my religion, Judaism 101, by the first Orthodox rabbi I’d ever met.

Back then, I was single, in my 20s, and had grown up so secular I thought it was the “job” of the chassidim in Boro Park to keep the religion for everybody else. I thought all Orthodox Jews dressed like Tevye in “Fiddler on the Roof.”

(Where I grew up, the biggest compliment a Jew could receive from a non-Jew was “You don’t look Jewish! You don’t act Jewish!”)

I never knew anything about Sephardic Jews – that their style of dress was different from frum Ashkenazim but that they were just as Torah true –kashrut, Shabbat, mikveh, tzniut, yeshiva education.

I learned all of this thanks to Rabbi Dwek, spending a series of Shabbosim and one Yom Kippur with his family and with other young observant married couples living in Deal.

Many years went by and on the eve of my son’s L’chaim party, which was to be held in Lakewood, I suddenly felt compelled to call Rabbi Dwek and thank him for having been so kind to me. I realized I owed Rabbi Dwek a deep debt of gratitude for showing me the depth and genius and beauty of Torah.

I was sure he wouldn’t remember me, but I’d never forgotten him: If not for that “accidental” meeting in the Synagogue of Deal, who knows where I’d have ended up?

He not only remembered me, he was gracious enough to promise to come to the L’chaim.

He also mentioned he’d written a book, A Life of Bitachon: Stories and insights – connecting with Hashem through faith and trust. ArtScroll was publishing it. He promised to e-mail me an advance manuscript.

I read it once, then again…and again…and again. I urge anyone looking for a Torah approach to positive thinking to do likewise. This is not a Jewish version of How to Win Friends and Influence People, nor is it an imitation of Tony Robbins’s motivational strategies. It is a rabbi’s exploration – through stories, Torah quotes, and personal examples – of genuine bitachon, faith and trust in our Creator, through both tragedy and triumph.

“Bitachon means to count on Hashem and to know that He will come through for you,” says Rabbi Dwek. This kind of faith, he explains, is similar to that of an infant who finishes drinking a bottle and has no fear or anxiety about whether he will be given another one if he gets hungry later.

Unfortunately, this level of faith is difficult to maintain, especially if one has been raised in an anti-religious culture. Rabbi Dwek gives an example that made me smile.

In the former Soviet Union, a professor was drumming it into his students that a person should only believe what he can see with his own eyes. This was one of the tenets of Communism – in essence, denying the existence of the Creator. But a clever student hearing this whispered to his friend: We know the teacher has a mouth and a nose because we can see them. Does this man have a brain? After all, we can’t see inside his head….

Thus, Rabbi Dwek concludes, it’s not good enough to “believe” there is a God (even though we can’t see Him); we have to know there is a God.

“A Jew is never alone,” says Rabbi Dwek. One of the many examples he gives in his book made the hair stand up on the back of my neck:

In 1967, my wife was on her way to an engagement party in Baltimore. She was crossing Northern Parkway, a very busy street …when a 15-year-old driver drove into her. Not only was my wife hit, she was thrown six feet into the air, and when she descended, the car fell on top of her. It was a horrific accident. Fortunately, a crowd formed and they lifted the car. Providentially, her doctor was on the other side of the street right then; … he gave her immediate medical care…. She was in the hospital for three weeks and soon after merited a full recovery.

“What are the chances of such a thing happening with one’s own doctor right across the street?” asks Rabbi Dwek.

Having been hit by a car myself, I know this story is evidence of a huge miracle from Hashem. Not only was the rebbetzin hit and knocked down by a vehicle weighing thousands of pounds that landed on top of her but total strangers worked together to lift the car off her – and the rebbetzin’s own doctor just happened to be there. Perhaps most incredible of all, the rebbetzin completely recovered after 21 days in a hospital.

Rabbi Dwek grew up in Aleppo, in the police state of Syria. During a particularly brutal pogrom, his mother and father were offered a place to hide in the house of a non-Jewish neighbor. As they were ushered inside they were given the following “welcome” speech: “I will take care of you, not like the Israelis who are cutting open the stomachs of the pregnant Palestinian women and murdering the children.”

Mrs. Dwek, who was pregnant with baby Yitzchak at the time, must have been shaking in her shoes.

On the way to school, Yitzchak would routinely be stopped by young Arabs demanding to know his nationality. Jewish boys like Yitzchak had to decide whether to lie in the hope of being left alone or tell the truth and suffer a beating. The anti-Semitism drove whole families to emigrate to America and the Dwek family (Yitzchak was the fourth of ten children) was fortunate to leave Aleppo in 1960 and settle in Brooklyn.

According to Rabbi Dwek, escaping the horrors of Syria was another miracle from Hashem, with help from the Torah scholar who was then the rosh yeshiva of Mir, HaRav Avraham Kalmanowitz.

Yitzchak Dwek studied at Ner Yisroel in Baltimore and received his semicha from Ner Yisroel in Toronto. After their marriage, he and his new wife moved to Deal. There he became chief rabbi at the Synagogue of Deal. He opened schools for Jewish children – preschool, elementary, and high school – in addition to Jewish summer camps. A kollel, endorsed by HaRav Yaakov Kamenetsky, was run then and now by Rabbi Shlomo Diamond.

When Rabbi and Rebbetzin Dwek decided to “retire” in 2010, they moved from Deal to Lakewood. There, Rabbi Dwek opened a night kollel, Ohr Habitachon.

Learning that Rabbi Dwek had not had a fairytale life, especially in Syria, I wondered: How does one reconcile having bitachon in God when the good life we pray for turns into a brutal nightmare?

* Rav Moshe Cordovero says that none of us wants sickness, pain, death of children, loss of income. At the same time, we don’t want to suffer in the Next World…. Hashem therefore places us in situations of shame, disgrace, or embarrassment, which, when accepted with love, have the power to bring us to the World to Come free of sin.

* There are no “accidents” in this world. The Gemara (Pesachim 118a) explains how to look at loss of treasured personal property: If someone sinned and is deserving of death, Hashem will make his prized possession, his animal, die; this way, he will receive his atonement without having to lose his life.”

* When someone is being persecuted, he must realize the perpetrator is only the lowest link in the chain of command. Every punishment is sent from the top of the chain of command – from God. Therefore, when in fear for your life, cry to Hashem instead of trying to bargain with a brutal executioner.

“Every type of pain or loss that comes upon man is for his good, in order to redeem his soul,” Rabbi Dwek writes. “As such, the degree of yissurim one receives is directly commensurate to the degree he needs to improve…. When we endure periods of difficulty, illness, or tragedy, we have a tendency to yearn for a less complicated and less painful life. If only we would realize that every smack we receive is a gift in disguise, we would embrace those moments of challenge and cherish them.”

Reading and re-reading A Life of Bitachon, I found myself internalizing Rabbi Dwek’s central message: Bitachon means counting on Hashem and knowing He will come through for you. 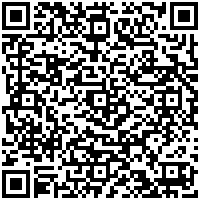