Vote-by-mail “must become the default option for the vast majority of Americans” during the coronavirus epidemic, declared the Center for American Progress.


The Center for American Progress (CAP), which functions as somewhat of an idea factory for the Democratic Party, has been a central part of the progressive nerve center pushing the vote-by-mail scheme.

CAP is funded by Soros’s Open Society Foundations and joins scores of other Soros-financed groups using the virus to lobby for the overhaul of the U.S. election system.

Analysts have posited that such proposals help the Democratic Party. Republicans specifically fear the prospect of voter fraud, since mail-in voting would be harder to authenticate.

Danielle Root serves on the Democracy and Government Reform team at the CAP. She recently penned a column lamenting how “in-person voting still remains the most popular method of casting ballots in most states.”

Root urges: “States officials must not delay in implementing vital policies such as vote by mail and extended early voting for upcoming elections – nor must Congress delay providing additional funding in the amount of $4 billion as recommended by noted experts for states to make all necessary upgrades to election procedures and infrastructure in time for upcoming elections.”

The CAP activist cautions that “although vote by mail must become the default option for the vast majority of Americans during this health crisis,” the vote by mail system is “not an ideal or accessible option for many others.”

She wrote that preserving in-person voting for a segment of the population is important to protect against what she described in a previous column as possible voter disenfranchisement. Those who could be impacted, she wrote, include voters who rely on same-day voter registration, people living on tribal lands who may not have access to reliable mailing systems, and African American voters who “traditionally rely on in-person voting.”

Still, CAP views vote-by-mail as necessary for most Americans under the pandemic.

The group recently published its wish list for the next round of recovery legislation during the coronavirus crisis. The compilation recommended requiring all states to “significantly expand vote-by-mail opportunities; implement at least 14 days of early voting; adopt online and same day voter registration.” 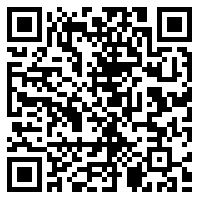