At the Oxford Union debate on Iran that I participated in last Thursday night, I waited for the inevitable argument that we’re wasting our time fighting over the Islamic Republic when the real wolf in sheep’s clothing is of course the Jewish state. Sure enough it came in the first thirty minutes when a bearded Islamic student who did not look much different to me (lucky, handsome devil) joined the floor debate. He argued that Israel, an apartheid state, is responsible for the real atrocities in the Middle East. So why bother with the Iranian distraction?

Time was when an argument like that would have been shot down by the intelligent students witnessing the debate. Really? You’re going to compare a liberal democracy like Israel, with every freedom from religion to press to assembly, to a theocratic nightmare like Iran? Iran last year put 700 of its citizens to death, hangs gays and blasphemers from public cranes, and stones women to death on false accusations of adultery so their husbands can marry younger women. Are you seriously going to compare Israel to a country that used snipers to murder political protesters in the streets of Tehran in 2009 and infamously shot Neda Agha-Soltan in the heart? The martyred Iranian woman even has a scholarship at Queens College, Oxford named after her.


Press accounts of the Oxford debate have our side demolishing those of the pro-Iran faction and for anyone who was there the huge applause I was fortunate to receive from the entire audience – easily in evidence on the video of the debate shows how well we connected with the students. But… we lost anyway. When it comes to Israel, British Universities seem impervious to reason.

Which begs the question, Is Europe lost to Israel? Perhaps it’s inevitable that a continent where anti-Semitism has festered and where millions Jews have been murdered for two millennia is simply incapable of ever repudiating a congenital prejudice? Should we just give up on Europe and focus instead on the United States?

The answer is an emphatic no. As I saw at Oxford, we were the side that easily won the students’ respect and got them thinking through the accepted tendency to blame Israel.

When the debate was over the same Muslim student who had earlier called Israel an apartheid state came to sit and speak with me and we discussed the Middle East together for over an hour in the friendliest way. He was one of many who surrounded me, wanting to talk, debate, and exchange ideas. I was encircled by scores of students who moments before had voted against Israel. They could not have been more amiable, even as they argued, and it was clear that I had won their respect. Why? Because they understood that I had agreed to go into the lion’s den to fight for my beliefs and had given it my all. Oxford celebrates those who display courage for their convictions. And when it comes to Israel and Europe, we in the Jewish community display it far too little. I love Israel and I was not afraid to show it. I brought the fight to Israel’s enemies and while their opposition remained, it was taken down a notch as they saw our ability to belt them with rational arguments that have no real response.

A few years ago I was invited on to a panel in Malaga, Spain, with one of America’s most famous Muslim women leaders. Speaking just after us was Guy Kawasaki, the original Apple computer evangelist who was so successful in helping the company launch. He said that what made the marketing of Apple successful was that from the beginning Apple sought to bifurcate its audience. They accepted that, in a world where everyone was IBM’ers, they had a fight on their hands. Their genius was to embrace the fight. They did not seek to convert the whole world to Apple. They weren’t trying to be nice to the IBM’s in order to win them over. On the contrary. They attacked them as out-of-date and out-of-touch bores and conformists.

In the PR fight for Israel we’ve been afraid to divide our audience. We don’t want to make enemies. We want to win everyone over to Israel’s cause. Guess what. Israel has real, implacable enemies. We have a fight on our hands and many will not be coming over to our side. Embrace the fight. Go out there and argue like hell for Israel’s cause. Be intelligent, be factual, be methodical. But stop being so nice. The BDS crowd do not give a damn for Arab rights. If they did they would be vocal about the real wholesale slaughter of innocent Arab life going on in Syria which we hear almost nothing about. Rather, they are out to destroy Israel, plain and simple. Omar Barghouti, the founder of BDS, has said many times that even if Israel withdraws from the West Bank BDS will continue because all of Israel is all occupied Palestinian land. The friendly Islamic students I met at Oxford told me the same. I commend them for their honesty.

We have to be just as honest and tell them we’re not going anywhere. We are happy to share the land with our Palestinian brothers but Israel as a Jewish state is not transitory but forever.

Israel is a country that has always exhibited military genius and PR incompetence. Here’s the difference. When it came to the military, Israel always understood it was up against enemies who wanted to destroy it. It could not afford to be nice. It had to defeat its enemies lest the Jews be pushed into the sea as Nasser, Arafat, Assad, and Ahmadinejad promised. But when it came to PR Israel suddenly forgot that it was at war. It thought that the logic of its case was self-evident. Surely everyone could see the superiority of a democracy like Israel over a barbarous government like Syria? Surely everyone would appreciate a book-loving nation like Israel over a Kalashnikov-loving terror group like Hezbollah? But what Israel did not reckon with was something called prejudice, a blinding which force which makes smart people stupid.

Europe is not lost to Israel, certainly not all of it. Israel does not need to win over 90 percent of Europe to its side. But it does need about 55%. So go on. Bifurcate your audience. Accept that a large portion will never like you. But fight like hell to win over the majority. And as you make solid, rational, factual arguments – presented I the most engaging and inspiring way – the tide will begin to turn in your favor. 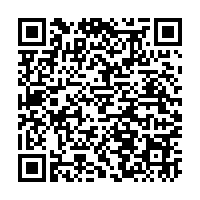