If you’re feeling down, stop reading right now. You’re only going to be more depressed.

This is the winter of our discontent. Morbid, morose, awful weather in the US (yes, I know, I know. I should be living in Israel). So much snow that I’m convinced that my New Jersey town is an alpine ski village. Walking home from Synagogue with my kids is like a dangerous obstacle course, climbing snow drifts that easily reach to about 5 feet. Waking up every day to the same, dreary, bleak sky that inevitably drops another foot of snow on us. Coughing constantly. Feeling always sick.


The weather is the biggest story on the news. Sochi looks like the Caribbean compared to New York and New Jersey. Did you ever imagine that Russia would look tropical compared to the United States? Atlanta, which is the deep South for crying out loud, has been turned into Siberia. Everyone I know is going stir crazy from being cooped up inside. What else would explain why they have become experts in luge?

Last week I passed what was arguably the least productive week of my life. I felt lethargic, unfocused, easily distracted, and miserable. I had terrible writer’s block and struggled to scrape together a few tweets.

My kids tell me that, from Poland, I brought back a sinister Polish virus of some sort. I had gone for the Knesset’s historic visit to Auschwitz. Visiting the death camp in the dead of winter was bleak enough. But then I traveled on my own to see the last vestiges of the Warsaw ghetto. I ran around in bone-chilling cold witnessing the most depressing places on earth, where my people were frozen, starved, and gassed to death. Covered in so many layers I still shivered and shuddered. I wondered how anyone could have survived wearing rags and no shoes.

I came back not even realizing how psychologically and emotionally distressed I was. And it took a toll on me physically. My body became a walking pharmacy as I ingested every prescription drug known to man that can stop a cough, reduce a fever, and generally keep you alive when you don’t feel like living.

The sicker I became and the less productive I was, the more miserable I felt. We have a huge dinner coming up, presenting our annual Champions of Jewish Values Awards to, among others, Ambassador Ron Dermer, John Prendergast, Senator Cory Booker, Sean Penn, and Bret Stephens, hosted by Sheldon and Miriam Adelson and Michael and Judy Steinhardt. Aside from other responsibilities, the dinner is a colossal undertaking, with hundreds of guests expected at Cipriani in midtown. Our staff toiled at the undertaking and the effort helped me in overcoming my gloom.

But for me the weather was an external manifestation of the current state of the world, which is unexpectedly gloomy. We live in morally archaic times that can really drag you down. The world seems to have erased the line separating right from wrong. Yes, I know. We don’t live during the Second World War, where civilization itself was imperiled. We don’t live during the Civil War when America was cut to pieces between warring North and South.

But the bad things happening in the world today seem to just arise spontaneously with noone bearing any responsibility. There is no evil party. One hundred and fifty thousand people have died in Syria. But noone is to blame. Assad is not a murderer. Rather, there is a civil war.

Iran celebrates the 35th anniversary of their revolution. It’s not “Long Live Iran” which is the slogan of choice but “Death to America.” But that’s OK because Iran, we’re told, has become moderate.

And the American Secretary of State, who we are told we cannot criticize because he has been an amazing friend to Israel (which he has, but what does that have to do with the current, unbalanced pressure or the right to criticize a public official?) warns that if Israel doesn’t sign a deal with Mahmoud Abbas, whose terms as President ended in January 2009 but has been extended indefinitely without an election, boycotts against the Jewish state will only increase. And why Israel specifically when other nations have human rights records that compared to Israel are positively appalling?

It’s all a little depressing. And it’s so much worse when you frame the never-ending assault on Israel within the context of the holocaust.

What’s the world’s problem with the Jews? What is this strange, eternal obsession? The Arab states together are 649 times larger than Israel. What abnormal world fixation could there be with Israel’s puny 21k square kilometers compared to the Arabs’ combined 13.5 million?

In the end, of course, winter will pass, the snow will melt, the sun will once again shine, and parents will fly kites and throw balls with their children in the park.

We can only hope that Israel and the Jewish people will similarly experience a bright summer after this winter of discontent.

Jerusalem Covered in Snow… for a Few Hours 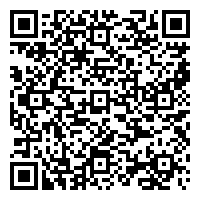