Home InDepth Columns Desecration At The Ohel Of Rabbi Elimelech Of Lejask
Share on Facebook
Tweet on Twitter
It was only last week that thousands of Chassidim went to Lejask (Lizhensk) in order to commemorate the 222nd yahrzeit of the tzaddik, Noam Elimelech of Lejask (1717-1786). As always, these pilgrimages are a boon to the local community and usually bring good relations between the two groups.

Just days after thousands of Chassidim had been to the town, someone had gone and spray-painted the holy Ohel (burial chamber) with swastikas on every side of the building.

The Union of Jewish Religious Communities in Poland has said that the damage will be cleaned up as soon as possible, and the site will be ready for the coming commemoration in two weeks. It has been said that the plans to greatly expand the guest facilities will continue.

(Photos by Union of Jewish Religious Communities in Poland)

Publishing During The Holocaust 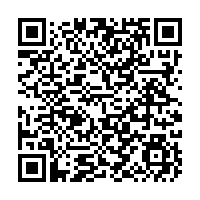